A Christchurch family is planning on spending up to $13,000 to carry out New Zealand's first attempt to treat a dog with so-called lobster syndrome.

The condition has left him with two deformed front legs, one so badly deformed he struggles to bear weight on it.

On Thursday, Turbo is due to have the first of a series of procedures to start the process to hopefully transform his life.

The puppy was energetic and playful but his owner, Verity Verster, said he was sometimes reluctant to put weight on his weak leg, he sat more than most pups and he could take a while to get mobile after long periods of sitting.

Both of his front legs are shorter than his back legs. One front leg has a paw like a lobster claw, and the other ends with two separate bones and has even more limited functionality.

Turbo first came to the Versters as a foster dog, but her family soon decided to keep him.

She had thought amputation and a prosthetic might be the best option but, when she visited her veterinarian at Vetspecs in Christchurch, they suggested another option would give him a better long-term quality of life.

Veterinary surgeon Michael Nawrocki said the first step would be to even up the two bones in his left leg, then fuse them together to create a solid structure.

"What I want to do is to try to give him as close to a normal elbow as I can," Dr Nawrocki said, "and to make sure the ulna matches up in length, and stays connected to the radius.

"So they're not forced apart every time he steps on it. Right now, when he puts weight down on his toes, it pushes the ulna and the radius in different directions and that probably hurts."

The second stage would be to expand the leg so it was the same length as his right front leg. This would be done by a controlled fracture process, which Dr Nawrocki said would involve making small adjustments - about a quarter of a millimetre - five or six times a day.

He said the process did not tend to hurt, but would be uncomfortable. 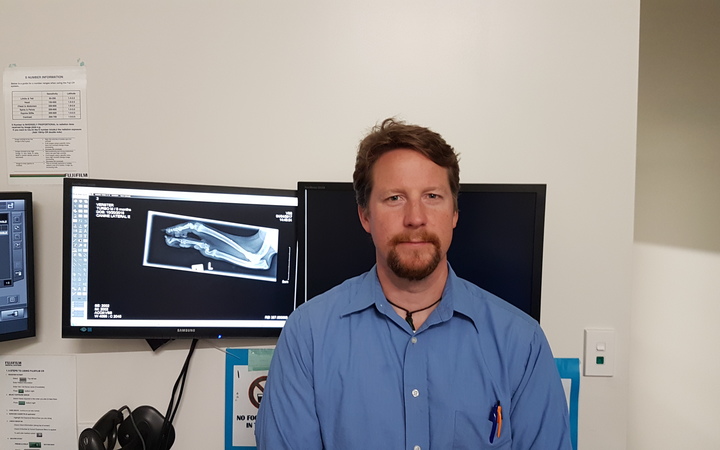 Dr Nawrocki said there had only been about six or seven cases of treatment for dogs with ectrodactyly worldwide since the 1950s and none in New Zealand.

There was plenty that could go wrong but if it went well Turbo's quality of life would be greatly improved, he said.

"Without doing something to make this limb work better, I don't think he will ever functionally use his left leg. So he would be restricted to being in a cart. The other issue is that his right leg is also affected, not nearly as badly as his left one. So he would be forced to walk three-legged on a leg that is not well designed."

Ms Verster said, even if they had opted to amputate the badly deformed leg, Turbo would only live to about four - as his arthritis would get so bad he would need to be put down.

The surgeries and aftercare would be expensive, with an expected price tag about $13,000.

Mrs Verster said people were supportive of what they were doing until they heard how much it would cost, then she was criticised and told that putting him down would be much cheaper.

"Turbo is incredibly special. He's not your average dog. He understands he has a disability and you can see his reaction to everyday things is determined by his awareness of his difference.

"I've got a feeling that Turbo has so much to give that everything we do for him will be worthwhile. He is a part of our family and we would do it for our children."

Turbo has been nominated as a therapy dog, and they have visited schools and after-school programmes to teach children more about what it was like to live with a disability, she said.

She has a Facebook page, for people to follow his progress, and a Givealittle page. Donations could also be made directly to Vetspecs.