Labour police spokesperson Stuart Nash has admitted he went too far with a social media post calling for a convicted murderer and paedophile to be scalped. 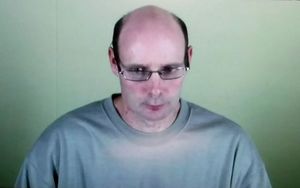 Mr Nash posted the remark on Facebook last night, after the High Court found Phillip John Smith's rights were breached when he was not allowed to wear a toupee behind bars.

He said his comments were meant to be tongue-in-cheek, but he deleted the post after his wife questioned the wisdom of it.

The MP said, while he regretted the post, he still felt the judge's decision was wrong.

"I wasn't suggesting that a prisoner should harm another prisoner," he said.

"[But] the fact that a judge has ruled that we're contravening this paedophile and murderer's rights by taking his rug off him - give me a break. What's going on here?"

Mr Nash said his post was up for about 20 minutes before he deleted it.

He had challenged a decision by the Department of Corrections to not allow him to have the custom-made hairpiece while at Auckland Prison at Paremoremo.

Corrections withdrew the permission when Smith was reclassified as a maximum security prisoner after fleeing to South America.

Smith argued that by wearing the partial wig he was exercising his right to freedom of expression, and Corrections had failed to treat him with humanity and dignity.

The judge said the inmate's fundamental right to freedom of expression had been ignored, and the decision had not been properly explained.

He gave Corrections 14 days to make a fresh decision and finalise the reasons for it.