Pike River mine survivor Daniel Rockhouse believes the mine's drift can be made safe to re-enter, and is willing to be among the first party to go in.

The miner survived the initial blast in November 2010, and helped his colleague, Russell Smith, escape.

His brother Ben and 28 others died, and their remains have never been recovered.

Mr Rockhouse told Checkpoint with John Campbell that he would be willing to re-enter the mine's drift with the right equipment and training. 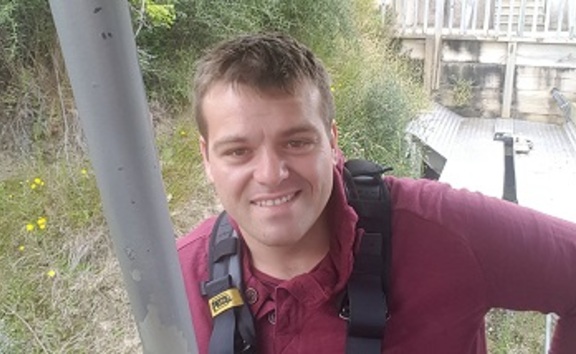 In his first interview since 2011, he said he was disgusted the mine's drift was being sealed.

"There's absolutely no reason you need to do that. There's all these professionals and people with experience, far more experienced than myself, that are saying you can quite easily and safely recover that drift. I just think it's wrong what they are doing."

He has recently moved to Queensland, and started mining after a two-year break just last week. He has applied to train with the Queensland Mines Rescue Service.

Mr Rockhouse was about 1800m into the mine when the explosion happened, and said at least three or four miners were at the area known as Spaghetti Junction, only a few hundred metres further in.

"Yes, we were out further than the other boys, but what say that some guys survived as well and attempted to make their own way out and just didn't quite make it, and they're lying in the drift right now.

Mr Rockhouse said he believed machinery could be intact, and would provide evidence as to what caused the explosion.

"If we were able to reclaim that drift and that's what happened, all the families would accept that. It's just not knowing if any boys attempted to make their way out, just like me and Russell, and just didn't quite make it."

He said it was frustrating and upsetting the government was not allowing experts to re-enter the mine.

"It's beyond me that the New Zealand government is willing to make this disappear like it never happened, when there are so many men down there, that are Kiwis and foreigners, and are just sitting there. It's like unfinished business."

As for the government saying it was not safe enough to re-enter, at the risk of more lives, Mr Rockhouse said that was up to individuals to decide.

He praised his mother Sonya, Anna Osborne, and other families and supporters of the 29 men who died in the mine for picketing at the gate near its entrance.

"They're not going to go away, and the government needs to realise that. Just deal with it. Grow a pair and deal with it."