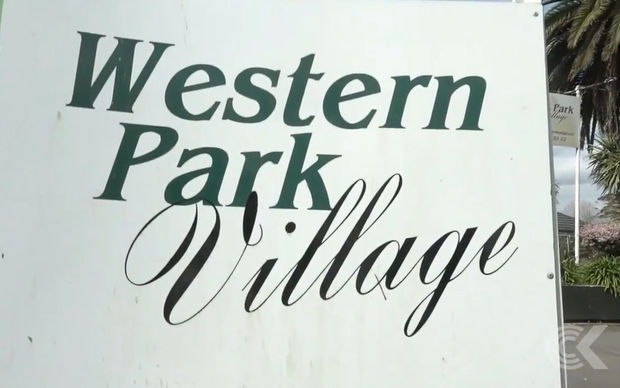 Western Park Village markets itself as an affordable option for those with nowhere else to live, and no money to front for bond.

In the two years leading up to September, $472,000 was paid to the park's residents in housing grants, which they then paid to the park, according to figures released to Checkpoint with John Campbell under the Official Information Act.

The residents then had to repay that money to Work and Income.

A caravan with a small bathroom at the park cost $360 a week, while a smaller caravan without a bathroom was $240 per week.

The Ministry of Social Development (MSD) has since released more detail about the income of Western Park.

One former tenant, who Checkpoint has agreed not to name, said his caravan was only about 4m long, leaked and had broken windows.

"There were cockroaches there when I moved in. There was no bathroom, I had to use the public one by the office."

The man lived at the park last year and paid $240 a week.

"[There were] gang members roaming around, drug deals happening at your doorstep. There were quite a few families with kids around," he said.

Checkpoint returned to Western Park on Monday. Aronia, who has lived at the park on and off for a year, said the park was their "only option" at the moment.

She and her son lived in a cabin, and paid $330 a week, which included power and water.  Work and Income covered her rent through a benefit redirection, paid to the park.

"There's a lot going on in the right at the moment. But we're OK," she said.

The $472,000 figure did not include the money tenants actually paid in rent each week, much of which was covered by benefits.

When that was factored in, Western Park's income was at a much higher rate.

"I think there's a wait list for people to get in there."

The Monte Cecilia Housing Trust had a staff member in the park for 25 hours each week.

MSD helped pay for that through what was called community investment. In the 2015/16 financial year, it paid $45,000 to keep a social worker in Western Park.

Mr Smith described the accommodation as substandard - but said it was filling a gap.

"My preference is that it be shut down tomorrow, but where do you place 300 people when there's a lot of housing stress right across Auckland, where people are sleeping in cars?"

'A place of great difficulty'

"It's been a place of great difficulty," he said. "Apart from sleeping on the street, it's the next step up."

Mr Tamihere said the park's owners had stumbled upon a gap in the market with a steady clientele, and unless something drastically changed, there would be more Western Parks in the future.

"It's a private bizzo, it's focus is solely or significantly on that particular type of person that's fallen into significant disrepair, and unlikely to recover anytime soon," he said.

"New Zealand's going to have to wake up to the fact there's going to be a lot more of these dossed down camping ground facilities."

It revealed the park had been breaching its resource consent.

In a statement, Auckland Council said up until December 2015, the park was also being used for permanent accommodation, which it did not have a consent for.

"At this time, a temporary consent was granted for this activity, and this expires in December 2017. This means that after December 2017, long-term accommodation at this site will not be compliant.

"Auckland Council had investigated various complaints about Western Park Village over the years preceding the consent application, but had not proven they were operating outside the bounds of their planning permission until last year.

"In short, we are not aware exactly how long this activity took place, but understand it went on for some time."

Checkpoint has repeatedly sought comment from Western Park's owners, Darryll and Anne Heaven - including visiting the park twice and being asked to leave.

Mrs Bennett, who has since been appointed Deputy Prime Minister, and whose West Auckland electorate is right on the doorstep of Western Park, has also been approached for an interview, but her office declined to comment.

MSD said it was aware the park was not the most suitable accommodation for children, and said it encouraged clients to seek alternative accommodation.

The ministry also monitored all clients who lived on site.