Len Brown regrets not pushing the Government harder on housing

Mr Brown was farewelled by councillors at his final meeting today, after two terms as the first mayor of the amalgamated Auckland Council.

He told RNZ's Todd Niall he did not think he had put all the heat he could have on the government, and it should be doing more on housing.

"But this is a government that made it very clear that they won't intervene openly in the marketplace - previous government's built, or have worked closely in building, and this one won't," Mr Brown said.

"I'm pleased to see programmes with the government and with Lifewise and the City Mission, where we have good projects up and running, but it's five years too late." 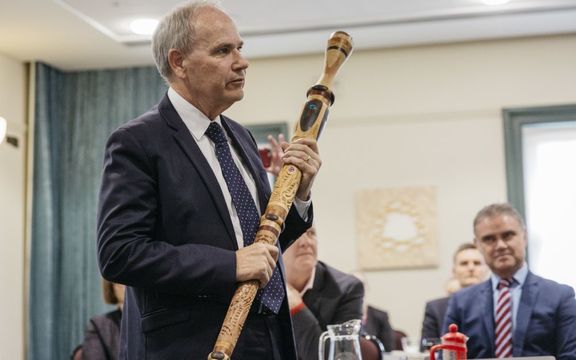 Mr Brown said there were times he wished he had been the Minister of Housing, rather than the mayor.

"Perhaps in the next term, and with a new council and new mayor, they can be more proactive with the government, in particular."

Mr Brown said he would not seek any future role connected with the council.

He said he would initially work with groups in south Auckland, and perhaps get involved with technology start-up companies.