A “tsunami” of homelessness has ripped through Tauranga, with more than 30 families seeking emergency accommodation each week, social agencies say. 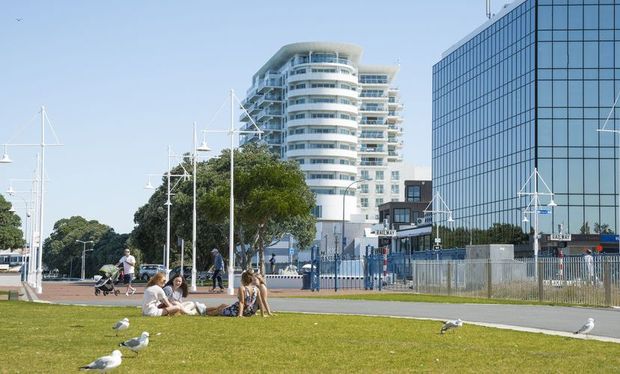 Ngati Ranginui Iwi Society CEO Steph O'Sullivan said homelessness in the Bay of Plenty was a growing, significant issue. The number of homeless seeking help was more than social agencies in the region had ever seen before.

“I wonder how many people out there are going to be staggered by this and the revelation of the issue here, because the good news story of regional economic growth is fantastic, but not everyone is sharing in that story,” Ms O’Sullivan said.

“People automatically I think assume sometimes there’s drug and alcohol issues, or such issues, but in fact some of them are working. So they’re going off to their job every day and going back to live in their car at night.

“Women [are] living in cars with their children who have got brain injuries, behavioural issues and are trying to get them off to school every morning, trying to deal with beneficiary type issues… wicked, systemic issues. [Homelessness] is alive and well here.”

One school principal estimated 10 percent of the children at her school were living transient lives, in which they had no fixed abode.

About 30 families were being referred to emergency accommodation, including motels, each week, Ms O’Sullivan said.

Ms O’Sullivan estimated about 250 families were on the Housing New Zealand waiting list and 600 more homes were urgently needed in the region.

Te Tuinga Whanau is a social support service based in Tauranga. Its executive director, Tommy Wilson, has worked with the homeless for 25 years, and said he'd never seen so many people needing help at once.

Up to nine families a day were turning up asking for help.

“They’re coming up from rural places, they’re coming from around the corner. I think we’ve taken the plaster off and people are starting to present themselves now, so we’re starting to get a handle on how big this situation is,” Mr Wilson said.

Te Tuinga Whanau has established the Whare 4 Whanau programme, which Mr Wilson said he believed was the first of its kind in New Zealand.

About three families could stay at the whare at one time, where they would receive intense support from social workers. Mr Wilson called it “social service super glue”.

“We need to create a place where they can come… then we can start putting their broken pieces back together again.

“You can keep throwing blankets and motels and food parcels at them, but we don’t want them to come back. We want to fix them up so they can go about their lives and live in a place they can call home.”

'Half a dozen a week'

Ministry of Social Development spokesperson for social housing Kay Read said her organisation was not seeing anything like the numbers described by the social agencies.

She estimated that about 48 families had come to the agency for help in the last two months.

"What we are seeing is more in the realm of half a dozen a week of people that are requiring support for emergency accommodation... That's been over the last eight weeks, and we are providing them with that support."

She was unable to say on the spot how many people in the city were being lodged in emergency accommodation such as motels, as had been happening in Auckland.