The All Blacks have been sweeping their meeting rooms for electronic listening devices for "quite a long time", New Zealand Rugby chief executive Steve Tew says.

A listening device was discovered in a meeting room at a hotel in Sydney where the All Blacks were staying ahead of the first test in the Rugby Championship against Australia.

During a news conference this morning, Mr Tew said the team had previously been suspicious about listening devices, and finding the device was "an unfortunate confirmation of their suspicions".

He said the All Blacks' management had been taking "appropriate precautions for quite a long time". 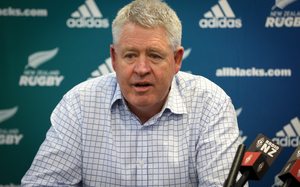 "The very fact that we scanned the room for a bug would suggest that we are suspicious."

Finding the bug in the room was a serious matter but he said he would not speculate on whether it was intended for listening to the All Blacks.

"Professional sports are big business, you have a lot of people very interested in what is going on, both in and outside of the game."

The reason it took five days for the presence of the bug to be passed on to New South Wales police was because they were waiting for results from an investigation by the hotel, he said.

The hotel's management had been alerted immediately, Mr Tew said, and in hindsight the police should have been alerted earlier.

Checkpoint with John Campbell understands footage from the hotel's security cameras is a significant part of the ongoing inquiry.

Mr Tew said he had received no further information from Australian police about who planted the bug.