Buskers earn Christmas dollars & a living in the Capital

Christmas buskers are out in force in the capital - some are doing it for fun, some because of hardship and others to finance a never-ending world tour. 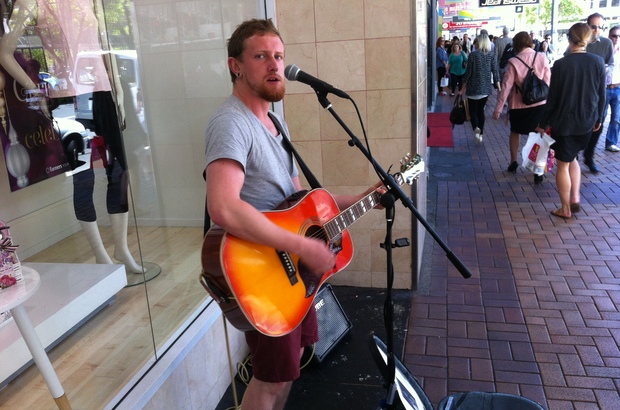 Whether its scratchy violins, wobbly recorders or singer-songwriter guitar and vocals, there's an audience at every nook.

It was their first time out today, and they said their financial plan was simple.

"Making a few dollars - our parents told us to be a bit more independent and get some more of our own money.

"We'll buy clothes and maybe go to the 2-dollar shops."

Further down the road and around the corner, Bob the busker - an older man - was playing to survive.

"I'm not on the dole, so I do this for a living. I used to live at the shelter but now I live in Brooklyn sharing a house with people so I've got to make $100 to pay for my rent."

13-year old MIllie Isac was playing Christmas tunes on the violin and she had made $150 in just two hours.

"The Christmas season is a really good time and I donate 10 percent of my earnings to child cancer charities. With the rest of it I buy Christmas presents for family and friends," she said.

He grew up in Donegal, started busking in Galway over a decade ago, and has been travelling the world for several years.

"This has been my job for years. I spent most of the last two years in Berlin. I would come and go around Europe, play a lot in Denmark, the Czech republic, France and Belgium.

"I'll be in Wellington for at least a month or so, looking for gigs."