Justin Gregory accompanied the winners of the 2009 Royal Society of New Zealand's Big Science Adventure competition on their trip to visit astronomers and other scientists in the UK and Italy.

Each year, secondary school science students from around the country compete to make the best five minute film for the Royal Society of New Zealand's Big Science Adventure competition.

This year's winning team came from Timaru Boys High, and as 2009 is the International Year of Astronomy, they chose the discovery of extra-solar planets and the possibility of life elsewhere in the universe as their topic.

In the past, winning teams have been sent to Greenland, Antarctica, and the CERN facility in Switzerland, to meet working scientists, and to learn more about science in general and their subject in particular. The prize this year was to visit astronomers and other scientists in the UK and Italy, and Radio New Zealand producer Justin Gregory was asked to go along. But first, we meet the boys, hear about how they won, and check out their prize-winning film.

Produced and presented by Justin Gregory 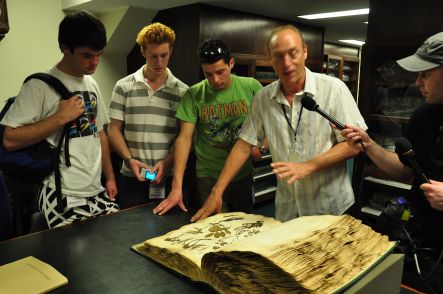 Botanist Steve Cafferty from the Natural History Museum with some of the botanical samples gathered by Joseph Banks on the Endeavour voyage. 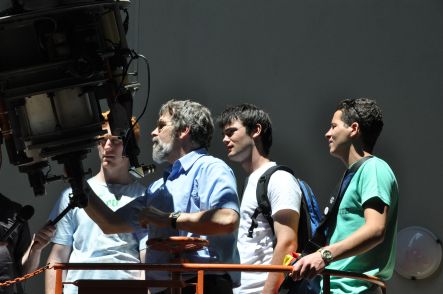 Brother Guy Consalmagno from the Vatican Observatory shows the team a meteor from Mars. 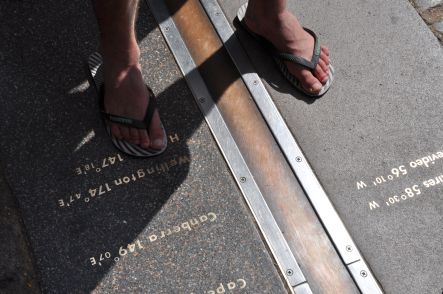 Matthew Keelty stands astride the Prime Meridian at Greenwich.