New Zealand is about to send a substantial delegation of artists and craftspeople to the 10th Festival of Pacific Arts in American Samoa, we talk to two of the selected artists - Maaka Pohatu and Tanya Muagututi'a.

Chief Executive Peter Walls explains how, and why, the orchestra is taking part in the 2008 Beijing Olympic Games.

Simon Morris looks at the latest superhero - bad boy Hancock (See trailer below). He also checks out Journey from the Fall, the first film to look at the aftermath of the Vietnam War from the Vietnamese perspective. And 86-year-old director Sidney Lumet shows no sign of slowing down. 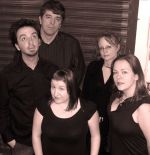 Lucy Orbell heads out around the regions to find out what's planned for the upcoming Montana Poetry Day. (pictured right are Poets from Belfast)

A New Zealander of Scottish, Welsh and English descent, Louise Stevenson was born in the Solomon Islands where she lived until moving to New Zealand to attend secondary school. Her exhibition Black Hibiscus is a site-specific exploration of links between Otara, South Auckland and the Pacific Islands; all the materials and objects she's used are sourced from Otara's town centre. (Pictured below is a selection of Louise Stevenson's work) 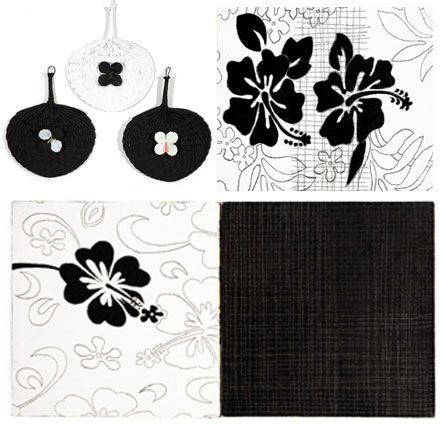 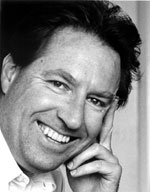 BBC item from The Ticket: the return of The Fly - the classic horror film is now an opera.

Chris Else takes us into small town New Zealand in his new unnerving novel, Gith, and we introduce a trilogy of typographers, Warren Olds is an Auckland graphic designer and typesetter of art, Catherine Griffiths is an independent and internationally-recognised typographer and designer, and Kelvin Soh is a graphic designer, artist, curator and one half of the Auckland based design group The Wilderness.

Pictured below from left to right: Cover art for Gith, Chris Else, The typographic cover art of Stopover was created by Catherine Griffiths, and a work from Kevin Soh.

A chilling thriller about a man bent on revenge.

It's received accolades as both a novel - and more recently in its dramatic form. It's adapted for radio by Emma Willis.