Housing in the post-covid economy

As people start to try and work out where this crisis has left them financially, some see opportunities, while others face the prospect of struggling to get by. 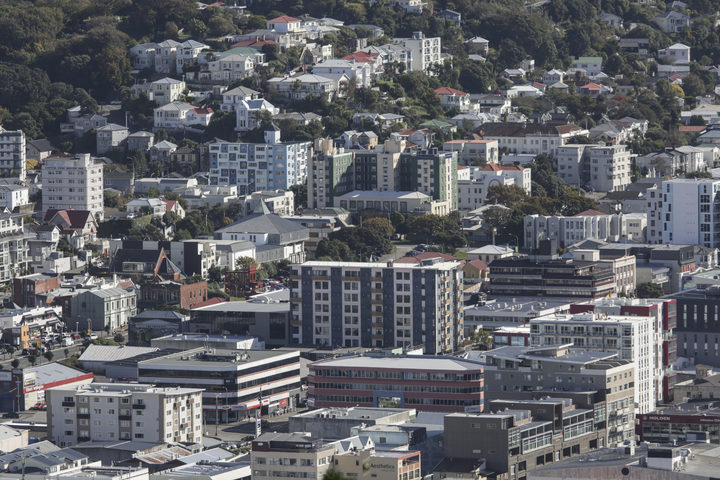 “Basically, what we’ve had is, going into lockdown the housing market was still holding up pretty well,” he says.

“We’ve had one month of lockdown and the figures we’re starting to see for May, in a sense, capture that catch-up. We’re seeing a few mixed messages at the moment, but what I think the broad trends that we are seeing the early signs of is that the housing market is tipped to go down."

Those with mortgages had struggled since lockdown, many taking advantage of the option of the six-month mortgage holiday offered by banks.

“A survey that came through the Commission for Financial Capability showed 10 percent of New Zealanders that were surveyed hadn’t been able to make either a mortgage or rent payment during lockdown and through the other side of it.

“Thirty-four percent of households were reporting that they were in financial distress and financial difficulty when it came to their house situation, so essentially what that says to me is as we’ve had people who have lost their jobs – and we know that young people have faced that burden the greatest, we know the number of people who have lost their jobs has been concentrated in those below 30.

However, those with a job and where the prospects of keeping that job seemed good, had an opportunity to enter the housing market at a time of low-interest rates and a period of falling house prices.

Average prices of residential properties are expected to fall as much as 11 percent over the next year.

“We can’t be too doom and gloom about these things, what we have seen in recent weeks is of course is fixed mortgage rates go lower with 2.59 being offered, we never thought we’d see anything like this before, as well as people’s KiwiSaver balances starting to come back and pick up,” he says.

“So, if you’re a first-time buyer and you still have a job it’s probably easier to get into the market, but also everyone who can get into the market is still trying to do so, so there’s still a lot of hot competition. Although if you don’t have a job, or your job prospects are lot more precarious, you in a far tougher condition.”

Between February and April Reserve Bank figures show that $13 billion was transferred from interest plus principle to interest only mortgages.

For renters, who have already faced rising costs, the prospects are bleaker. With more demand for rentals than ever before, there is a possibility people we face ever-increasingly rent rises.

With some regions expected to be hit by the turnover than others, the situation could present a perfect storm of financial hardship for the working poor and unemployed, he says.