How to manage spinal pain

Dr Giresh Kanji, who’s been working in pain medicine for more than a decade, is giving some tips on managing back and neck pain along with or without medication. 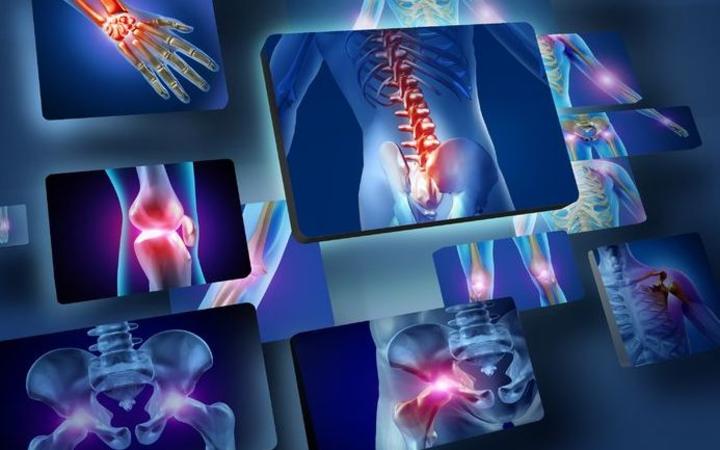 About 80 percent of the population will have at least one episode of back pain alone, he says, and about 5 percent may have it on a daily.

While for some people the pain will arise from a memorable incident, for quite a lot of people it will just sit there as a nagging pain that’s been ignored. And that’s why Dr Kanji says he asks his patients if they remember the first time they experienced that back pain.

"They often have something going on and it just grumbles and every now and then ... this is the experience of most people is episodic - it comes and goes and comes and goes.”

With the development and spread of MRI scanners, Dr Kanji says he’s able to correlate the patients’ experiences of pain along with the assessments to pinpoint possible causes.

"I'm like a pain detective. What I need to do is talk to patients and say, Okay, what hurts you? Is it lifting? Bending? Walking? What's putting pressure on you? And then I'll look at them, examine them. And then basically after that, I'll look at the scan.

“My job is to correlate a person's symptoms with what I find on examination and their scan result. And once you correlate ... you can generally find out someone's source of pain."

Pressure on the “washers” or discs - which keep the bones from rubbing together - in the spine and neck are part of the main factors that can cause pain, he says.

“What happens is when [the washers] get a bit worn out or injured and damaged, the pressure that goes on the bones sort of creates electricity and pain and that goes to your brain.

He says most people over the age of 40 are likely to have at least one washer in their body that’s worn out.

"But as long as you don't load them, you get no pain. If you decide to go and do a deadlift or squat at the gym, and all of a sudden, bang, the pressure will give you pain. So the opposite of that is to avoid the pressure.” 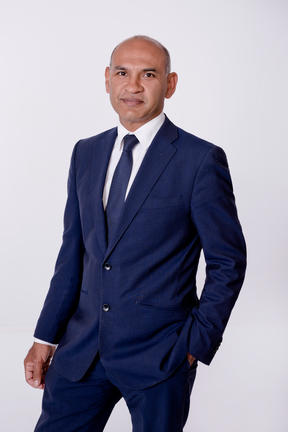 "What you're doing is you're crushing the washers in your neck, which exacerbates neck pain from the disc. In fact, today we're seeing more neck pain than low back pain in the clinic because of our devices.”

Dr Kanji advises to have your phone and laptop at eye level when you use them.

But it’s not just technology, many aspects and habits of our daily lives have now become intertwined with bad postures. Dr Kanji says even when you sit down, you should try to recline and push your weight to the back of the chair to elevate pressure from your spine.

For example, he says for one person sitting upright could apply about 50kg in force through the spine, in comparison to 275kg if you tend to lean forward.

If you’re sitting at home on the sofa and watching while reclining, you should ensure you're not looking down on the TV by having it on the wall or higher position.

Another tip, which he has tried himself to treat his own ailment, is to use an inversion traction machine, which tilts you backwards. He says he’s read studies on it that have managed to achieve an astonishing reduction in pain with traction methods.

"Basically I used it for five minutes a few times a day and over about two or three months my back pain improved significantly, in fact I was really surprised. To this day, that's my number one recommendation for people with disc pain.”

The traction helps separate the discs that are pressing together and creating pressure, he says. For those unable to afford or get their hands on such a machine, he advises to do a simple exercise to mimic the results - you can put your hands over a stable and secure door, and to bend your knees while keeping your feet on the floor. You can also use gloves or a towel to aid in the exercise.

Another method Dr Kanji recommends is to battle the pain by generating heat. This can help to reduce stress chemicals which ultimately decreases the electricity to the parts of the brain that control pain.

Yoga, tai chi and meditation are just some of the ways to go about doing that, Dr Kanji says.