What is it about Dolly Parton that makes her such a household name and a feminist icon to boot?

“[She’s] one of the great songwriters of the 20th Century and really one of the great voices, but I wonder if people know that,” says music critic, reviewer and Dolly Parton fan, Simon Sweetman. 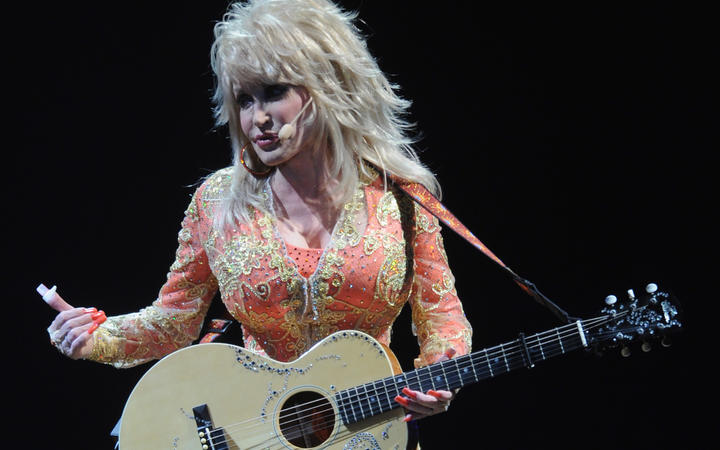 When most people think of Dolly Parton, they think of her big blonde hair, her unique style, a caricature – which is exactly the image she wanted to project, says Sweetman.

“She owns her kind of Hillbilly roots, growing up in Tennessee in the smoky mountains and being from a family of, I think she had eleven siblings, her parents were teenage sweethearts who by their mid-30s had 12 children. So, there are a lot of things that people could make jokes about and Dolly’s usually been first in the queue to make those jokes.

“These are her words, she says ‘I modelled myself off the town tramp’.”

Dolly Parton has been writing songs since she was a child and was first signed as a professional songwriter.

“When she got into singing the songs herself I think she had this idea ‘I’m not going to be taken seriously, country music is sexist, I’m a woman, it’s the late 60s’.”

She was clinical in her attempts to appeal to two different audiences, he says, she actively courted both those who might like her look and those who would understand her talent.

Over her career Dolly Parton has released 63 studio albums, a number of live albums and had a remarkable career, Sweetman says.

One of her most recognisable songs is 'Jolene' – and the story behind it differs depending on the day. Sometimes Parton will say it’s about a person she met who had auburn hair who she created a story about, says Sweetman.

“The more popular version is that Dolly, who’s been married for something like 55 years, was legitimately worried about a woman that she thought was going to steal her man, whose name was Jolene. So, this was actually written in an act of paranoia and an act of kind of vengeance.”

In 1974, she released her breakthrough album Jolene, it of course features the song 'Jolene' but also, 'I Will Always Love You', which was famously covered by Whitney Houston. “Dolly Parton wrote both of those songs in one night.”

'I Will Always Love You' was written as a breakup song to her duet partner from 1967 to 1974 Porter Wagoner.

And before Houston, Elvis Presley wanted to cover it, but the deal was if Elvis was going to cover your song you had to sign over half of the publishing to him, Sweetman says.

“Which meant that he basically got rich on the profits of any other version of the song because you were supposed to be so honoured to have Elvis cover your song. Dolly, being a business person, said no.”

A couple of years after releasing 'Jolene', she transitioned into pop music. In 1978, she released an album called Here You Come Again. The title song, a cover, is her first million selling single.

One of Sweetman’s favourite’s off the album is 'Two Doors Down', arranged, like many of her songs, to have a never-ending chorus.

It’s in the late 80s, early 90s that she starts to be recognised as a great icon in country music, Sweetman says.

“She starts to team up with the slightly younger generation, she puts out the Trio album with Linda Ronstadt and Emmy Lou Harris, which is an amazing record.”

In the early 2000s, she got back to her bluegrass roots and released three albums which included a cover of the alt rock song 'Shine' by Collective Soul.

Sweetman says if you’ve got this far through reading about Parton and are still thinking it’s all very well and good but you don’t like her voice, there’s a tribute album you should look up. It’s called Just Because I’m a Woman and features people like Shania Twain and Norah Jones.

If Led Zeppelin is more your thing, there’s always Dolly Parton’s cover of Stairway to Heaven.