Today marks the 125th anniversary of New Zealand women winning the right to vote in 1893, and there are events taking place all over the country to celebrate this milestone.

One of them will be the launch at Parliament tonight of a new online exhibition by Ngā Taonga Sound & Vision archives, called Standing on the Shoulders Sarah Johnston gives us a preview.

She says the exhibition is launching tonight featuring 64 women from the archives.

"It’s going to build through the rest of this year and end up on international women’s day next march with 125 New Zealand women in it.

"We’ve tried to really go broad with this, we’re not looking at just ‘historic women’ … there’s young women such as Lorde - and Waimarama Anderson and Leah Bell who were the Otorohanga college pupils who launched the campaign for the national day to recognise the land wars.

The women featured have been roughly organised into one of eight categories, although it’s hard to do because so many of them would fit into several categories.

"Our collection is pretty broad and then it was just making sure that we’ve got a good spread of ages, different fields - we’ve got sportswomen, politicians, the arts, that kind of thing.

"There’s tennis great Ruia Morrison - she was the first Māori and the first New Zealand woman to play at Wimbledon - there are people like filmmaker Lisa Taouma who founded the Pasifika culture website The Coconet, Dr Agnes Bennett.

"In the 1970s we have professor Ngāhuia Te Awekotuku, and she was one of the first openly lesbian Māori feminists … and that shocked a lot of people being open about your sexuality like that, including some feminists.

Sarah says they've got some good ideas for the other women who will be added to the exhibition, but if anyone has ideas they're welcome to get in touch with Ngā Taonga. 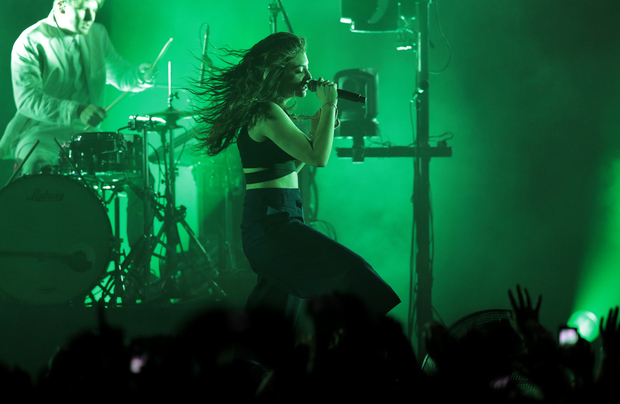 Ella Yelich-O’Connor (Lorde): "I’ve been acting since I was six but we did a musical this year which I sung in and that was the first time I’ve really sung on stage. Then I did the talent quest with Louis, and it’s sort of gone from there this year.

"My dad’s a really good singer, same with my sisters and little brother.

"I got Led Zeppelin, I got Stairway to Heaven and Elton John and everything, he sang the classics.

"I just I hear a song I like and I can learn words quite quickly, so I just sort of start jamming along to the song and I say to Louis ‘let’s go’ and we kind of take it from there.

"I’m having a lot of fun here … I’m really passionate about doing law so, I’m just having fun now you know. 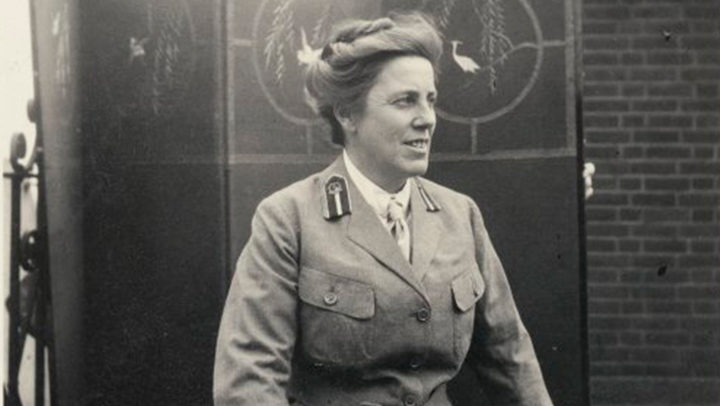 Bennett was "one of Wellington’s first women doctors and she was the first woman to be commissioned in the British Army, that was in World War 1," Sarah Johnston says.

In this cut, Bennett claims to be (most likely, was) the first woman to drive a car in Wellington. She certainly knew how to fix a puncture:

Agnes Bennett: "It’s almost incredible but I started my business here with a hansom cab [horse-drawn carriage] which was my only means of transit. 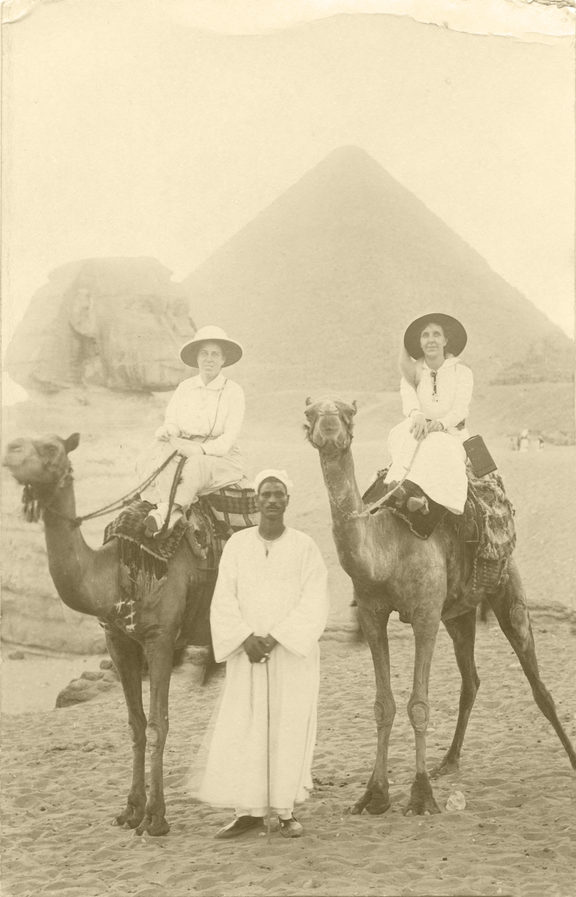 Dr Agnes Bennett (left) of Wellington in Egypt, 1915, when she became the first woman doctor to work with a British military medical unit - with the New Zealanders in Cairo. Photo: Supplied

"It was a dreadful business in a way because when you had a night crawl you had to ring up your cabman and the cabman had to get out his horse and saddle his horse and dress himself - and by the time he got up to you you’d already waited three quarters of an hour and I didn’t dare to go to bed or anything at that time.

"I used to sit out on the steps for fear of going to sleep.

"As soon as there were cars came in I got a car, and there was lots of prejudice against women driving cars - I was the first woman to drive a car here, there were only … a dozen or so cars in the town in those days.

I always remember sitting down on the kerbstone and mending a puncture on my car and I often wonder what would happen if you did that now. 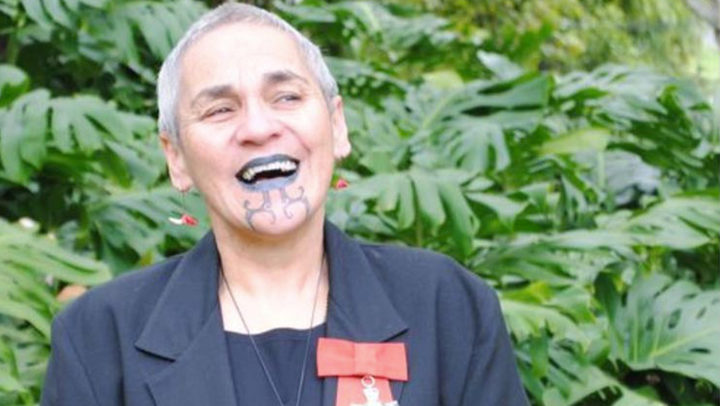 Ngāhuia Te Awekotuku was one of the first openly lesbian Māori feminists.

"She was one of the first people to really make those connections between feminists and gay and lesbian rights and Māori sovereignty," Sarah Johnston says.

Ngāhuia Te Awekotuku: "In the Māori context and certainly within the wider Pacific, same sex love - what occurs between men and men, and women and women - has been part of our lives for centuries.

"I believe that the colonial process, that Christianity has disempowered us and has quite actively taught our own families to hate us.

"Although matters have improved considerably for us all at home in Aotearoa since the ‘50s, nevertheless in the very small towns like Ngāruawāhia, like Hunterville, like Gisborne, like Ashburton - there are lonely, maladjusted, desperate adolescents who are going through the same sorts of pain and personal humiliation that we experienced in the ‘50s and ‘60s.

"I’m sure of that, however, they know - or at least I hope they know - that there are bigger cities and there are places to which they can go." 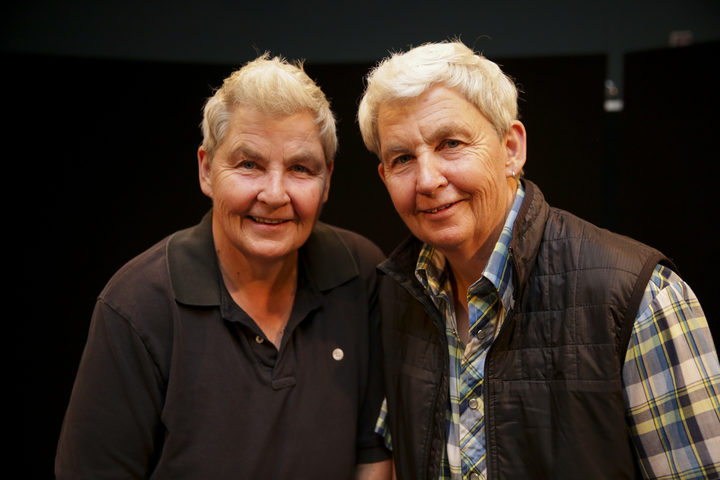 The Topp Twins, Jools and Lynda, were particularly hard to categorise for the exhibition, Johnston says.

This final segment from today is of the Topp Twins talking about Jools' cancer in an interview with Kim Hill, who is also in the exhibition. 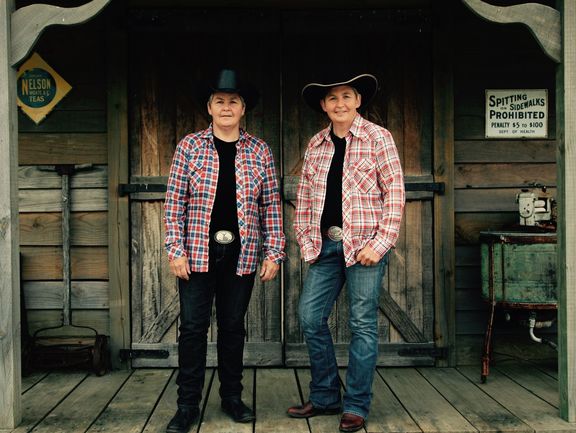 Jools Topp: The day I got called into the hospital in Auckland they give you this orientation of chemo, and I thought ‘oh I’ll go with that, there’s 50 of them waiting there’.

"It was just hysterical things that happened all the time, the guy that was doing it proceeded to just tell us every terrible thing that would happen - we’d get really ill, our hair would fall out, it’s just going to be a disaster - and he just kept saying ‘but remember when you come to oncology there’s free parking!’

"I just lost the plot, I mean I didn’t know anyone else who was there and I just broke into hysterical laughter."

Lynda: "The worst bit about it was at the end of that whole thing they said ‘now, look, we’d love it if you could just come and chat … and we’ve got cuppa tea and cakes and sugar biscuits.

"You know, a lot of cancer is fed by sugar and they’ve got lovely sugar biscuits they have at the hospital.

"What happened was that someone had forgotten to put the urn on so there was no boiling water and we were thinking ‘these people are going to give Jools her chemo and they can’t even boil a jug.

Jools: "I said ‘I want the Women’s Division of Federated Farmers to administer my chemo, at least they can make a nice hot cup of tea’."