Critter of the Week: the Tardigrade 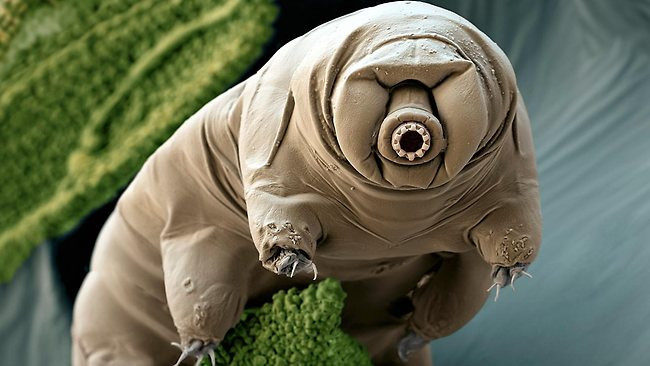 A Tardigrade, also known as a water bear Photo: supplied

These tiny, little crazy-looking aquatic creatures are some of the most hardy species on earth. They have been around for over 500 million years and have super powers!  They can exist at temperatures below -272 Degrees Celsius, can exist in space in a vacuum, and can be frozen for thirty years, only to come back to life!

DoC's endangered species ambassador, Nicola Toki tells us all about this remarkable creature, also known as the water bear.

Another example of the Tardigrade, our critter of the week pic.twitter.com/RNNGVdO37V