Grammy-nominated Iraqi musician and composer Rahim AlHaj regards himself as a peace activist who accompanies his message with an oud, one of civilisation's most ancient stringed instruments. 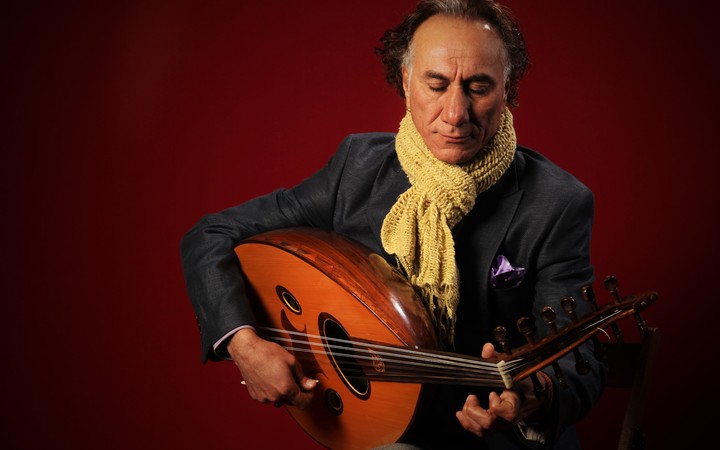 Grammy-nominated Iraqi musician and composer Rahim AlHaj regards himself as a peace activist who accompanies his message with an Oud, one of civilisation's most ancient stringed instruments.

AlHaj – born in Baghdad, was once imprisoned for his activism under the realm of Saddam Hussein. He's now an American citizen living in Albuquerque, New Mexico.

His new album Letters from Iraq: Oud and String Quintet draws from stories and experiences recounted to him by people in his native country after the US invasion.

Rahim, these days you live in Albuquerque, in New Mexico. Your life story as a refugee must have meant searching for somewhere to call home. Is it now home, or is it a home away from home, Albuquerque?

Actually, it's very home ... New Mexico is a phenomenal home for me. Home is about feeling, it's not about the birthplace. Every human being has to be birthed in one place. It doesn't matter really where, right?

But the connection has to happen very deeply and profoundly inside of you, to discover that, "Oh, wow, this is what I call it, home." Since 2004 ... I left Iraq in 1991. My story is just a horrible story, like any Iraqi, like any human being who fought for social justice around the world.

I remembered so vividly when I went back in 2004 after the invasion, and I hadn't seen my family for years. [I remembered being] with my mom, beautiful. She is one of the most beautiful people I have ever met in my life.

I'm chatting with her, and I was sitting in her lap, and she playing with my hair, and [the next minute] I remembered … Albuquerque and my heart just really squeezed. I said, "Oh my God, I miss this home. I miss it so much."

Since then, I consider Albuquerque, New Mexico as home. Just because of a lot of reasons. If I can just really think about it … what does it mean really to have a home? [It] means that you have a place [to] do your work, you make a difference, people [to] love you and adore you, support you.

The amount of support and love I get from my home in New Mexico, it's absolutely inconceivable. I started my career over again. It's not easy, of course. But I think you find in a home when you think your soul is settled.

Talking about your oud, can I ask you when you first realized that music was calling you? When did the oud first resonate for you?

Well, actually, when I was in second grade, in elementary school. The first time … I saw it, the instrument [was] on TV, but I never saw it in life. My teacher … he loved to bring his oud and play for us. I was fascinated by the sound, by the colour, and in fact I was courageous enough to ask him if I could just touch it, right?

In Middle East, it's like the teacher is like a god. You cannot face him. You cannot look him in the eye. You cannot touch him, you know?

He said, "You want to touch it?" I said, "Yeah." I reached my hand, and I put my hand on this soft wood. It was gorgeous, and there's electricity inside all my body. In fact, I remember it so vividly that I couldn't sleep.

I was so happy. It was so beautiful. Later, I saw him and I said, "Can I touch it again?" because the feeling was so incredible!

So he said, "Do you want to hold it?" I said, "Oh, yeah." I was second grade. The Iraqi oud, the big one, it's bigger than me, actually. So I imitate him, actually. I put my right hand on the string, and I put my left hand on the fingerboard, and he strummed something.

I don't know what the hell I did. I was so nervous, and he freaked out. He said, "Oh my God. You are a musician!" Take it!

He said, "Take it." He started teaching me the oud, and I was like, "He's giving me more lessons!" Next day, I was doing something way behind his ability. He said, "Rahim, I am not a music teacher, but you are brilliant. I think you need a real teacher."

I think being a musician, I don't think [it’s] a choice.

The Iran-Iraq war raged in Iraq from 1980 to 1988, so you run into trouble, into Saddam Hussein, for criticizing the war. You were actually imprisoned twice. Are you able to tell us about that experience?

Yes, in fact, I was talking about that to somebody, he's from Iran. I said, "My story is not really different from hundreds, even thousands, millions of people, the same." You know, when you're living under dictatorship, that's what you're going to get. Now, being in prison, it's not a big deal actually. Making change that's a big deal.

When you live in a small country like Iraq within ... a very brutal dictatorship, of course [speaking out] can affect your career. But … I said, "I don't care. I need to bring justice to this war." I was criticized [during] the Iraq-Iran war all the time. I composed some songs that became like slogans at that time, to criticize the Iran-Iraq war.

So in my new home, I protest the same principle. We see ISIS, right?

Can you, Rahim, tell us a little bit about how your mother assisted you to escape from Iraq, because she obviously feared for your life. Tell us a bit about that part of your life journey.

This is actually one of the most ... excruciating moments in my life, when I escaped Iraq. Actually, not just escaped Iraq, but when they confiscated my instrument in the Jordanian border between Iraq and Jordan.

My mom bribed a guy in Iraq – gave him a lot of money. She sold all her belongings, including her clothes to raise this money, to give me this false travel document, to get me out of Iraq.

Your new album, Letters from Iraq is a beautiful, beautiful album. It's the Smithsonian Folkways label, which is a very respectable label. You were inspired by some of the letters and stories that were told to you about people from Iraq. Can you tell us about some of those letters? 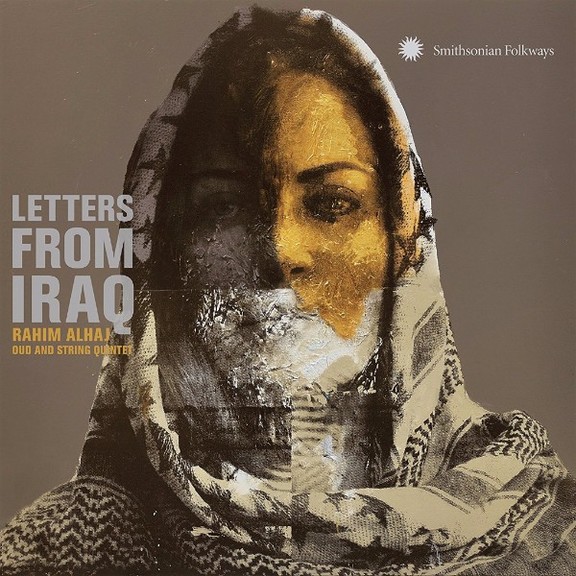 These were historical documents. They had to be heard … to be shared. So I started composing the music for these letters. It's actual letters written by Iraqi women and children to the United States during the sanction, during that period of the occupation of Iraq.

He went [and] brought his notebook, and he showed it to me. I was in tears, I was in tears. I read it and I said, "Oh my God." He's telling his story, it's making me emotional when I talk about it. This is a little boy, teenager, who is disabled.

[Once when he went to get a haircut], while he's waiting for his turn … there's a car bomb [close] to the building … and everybody runs. Everybody’s screaming. There's … all this glass is broken, and all this noise, and people crying, people screaming, and people running for their safety.

This is a little teenager. He cannot run like [everybody] else. He can't. He tried to run, but he can't, because he's disabled.

In his letter, said that "I [see] death so close to me. So close, I can touch it." Not from gunfire, but from the hurt … around him … Blood and people screaming, and he's trying to find one corner to sit there and breathe.

He reached this corner and he touched his legs, which couldn't move him two, three steps, and he said, "That's when the ‘movies’ start coming into my head. My mom, my brothers, my sisters, my neighbours, my friends." That's what we do when we are that close to death, right? We remember the people closest to us.

He described that in his letters. Like I said, every time I go and read these letters, I cry. I cry. That's one of the stories in these letters. It's real, it's raw, and it's happened, and it's [still] happening [now]. It's happening every single minute in Iraq right now, in Syria, in Yemen, and everywhere.

I believe you once received a letter from President Obama. He wrote to you, and he said, "I hope you take pride in the ways your accomplishments are now imprinted on the landscape of American art." That's ...

So beautiful, yeah. I can't actually imagine the new President writing such a letter to you.

I received this beautiful letter because I received the National Heritage Award, which is the highest honour for artists in the United States.

Nobody on this planet needs to leave his home. I say it over and over. These are people – wonderful workers from Mexico [who] crossed the desert, walking for months and months … and they die in the desert to come to this country to make beautiful, beautiful things for us, right? Not to break into my house, not to steal my food. No. To work hard to send some dollars to their families, to their kids, to make livings.

Who said that people they need to leave their country? Why? Why are they to leave my country if I'm not forced to leave it?

Rahim AlHaj will perform at the 2018 WOMAD festival on Saturday, March 17 and Sunday, March 18.