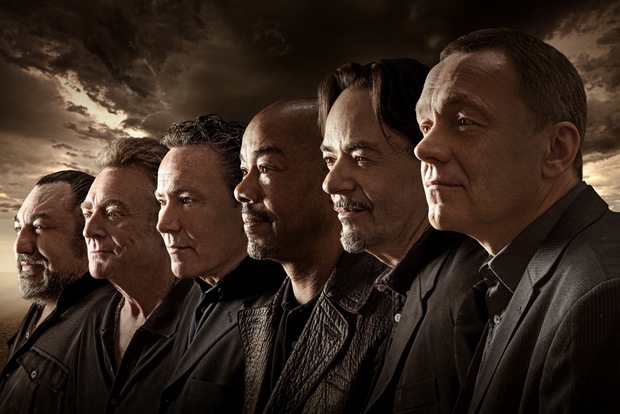 As the story goes, UB40 began in multicultural Birmingham, UK when eight out-of-work friends named their band after the unemployment benefit application form they were all too familiar with.

UB40 went on to become one of the biggest selling bands in the UK, and played together for about 30 years before singer Ali Campbell left in January 2008 to pursue a solo career.

The remaining members of the group continued to tour under the UB40 name, with Ali's brother Duncan on vocals. However, Ali Campbell has reverted to calling his new outfit UB40 resulting in dissent and a major fall out.

Ahead of headlining Raggamuffin 2016,Trevor Reekie talks to Robin and Duncan Campbell and poses the question: will the real UB40 please stand up?

Artist: UB40
Song: Food for Though, Reefer Madness, 12 Bar, One In Ten, Reggae Music (Live), Rat In Mi Kitchen, Promises and Lies, Sing Our Own Song
Composer:  UB40
Album: Signing Off, The Best Of UB40, Live at Montreux
Label: Virgin