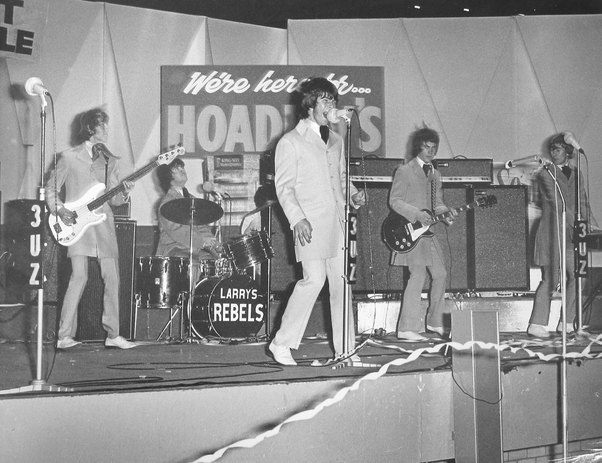 Larry's Rebels onstage in Melbourne circa 1967/68 / Photo courtesy of AudioCulture.

Back in the swinging 60s, Larry's Rebels were one of the finest bands on an incredibly competitive local music circuit.

Formed in Auckland while still at school, playing residencies, recording a string of hit singles, touring with the cream of international acts and hosting their own Larry's Rebels Dance Spectaculars, the band was capable of pulling 18,000 fans to Auckland's Western Springs Stadium.

With a new retrospective album (on vinyl and CD) scheduled for release on Record Store Day (Saturday 18 April 2015), Trevor Reekie talks to Larry’s Rebels’ Larry Morris and original guitarist and keyboard player Terry Rouse about the glory days of the band.