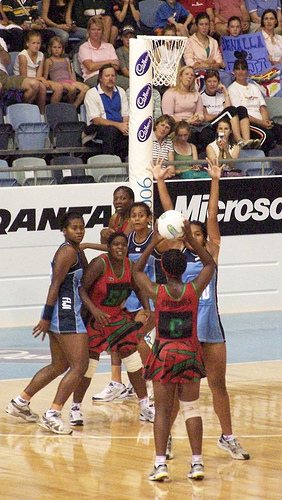 The Fiji Netball Association says more support is need if it's to become competitive on the international stage.

The Fiji Pearls were outclassed by Malawi in two test matches in Suva this past week, in a visit that was fully funded by the hosts.

The President of Fiji Netball, Wainikiti Bogidrau, told Vinnie Wylie that playing their Pacific neighbours is not enough of a challenge, but says convincing other countries to visit Fiji is difficult.

WAINIKITI BOGIDRAU: There's always an open invitation out there. We've invited South Africa before. We've also invited Jamaica to come down our way. But the thing is, we do understand that they do have a schedule to follow. The invitation to be exposed to these kind of matches is something that we'd like and it'll be good to have this extended to us from our neighbours, which is New Zealand and Australia.

VINNIE WYLIE: Was there anything in particular in these two test matches that you noticed, that you guys needed to improve on?

WB: Just the general pattern. We need to sit down as a team and map out what we'd like to do for our team and especially given the challenges that we face - the fact that we do not have that many international competitions, the fact that we do not have as much funding as we'd like. So for us it's been a gradual learning experience, it's been well worth the investment. It was a fully paid expense for us. We paid everything for Malawi to be in Fiji and we don't regret bringing them over given the learning that we've got from them.

WB: To be honest, that's a really good question. Malawi has been able to be as good as they are today because South Africa has consistently given them that opportunity with test matches ever year. The Africa Champs have great    teams participating. Cook Islands, Papua New Guinea and Samoa, with all due respect, are not good enough for Fiji. Teams like Malawi, we need to playing against teams like South Africa. Even teams from Europe, Wales, Northern Ireland. These are teams that we need to seriously look at it. And IMF could assist us with this, but it's looking at the development of the sport, not only for one region, but right across. As you know, Fiji is disadvantaged. Samoa, Cook Islands and Papua New Guinea get funding from PNPM, which is the AusAid funding. With that, they've been able to develop their game, especially at the grassroots level. But for us, we are content with what we have in terms of resources, but we can always get support from IMF and other great netball-playing nations like New Zealand and Australia, and we hope to get more international test matches like this.