US navy plans to double size of Micronesian testing area

United States military plans to double the size of the Micronesian area used for training and weapons testing meet with opposition from a group on Guam. 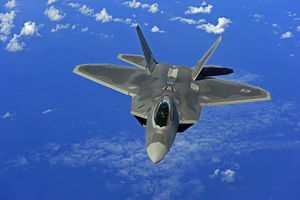 United States military plans to double the size of the Micronesian area used for training and weapons testing have met with opposition from a group on Guam.

An environmental impact study on the continued, but expanded, area for ocean testing of sonar and explosives is out for public consultation and people have until December to make submissions.

But the group We Are Guahan says many people don't understand the full impact of the new plans and it's producing a fact sheet over the next couple of weeks.

Family excursions to the beach on Guam aren't as peaceful as they used to be. The US maintains the realignment of forces on the island is key to retaining an effective presence in the Asia-Pacific region and for more than six years it's been discussing its plans to transfer thousands of marines from Japan. Originally the build-up was meant to come into force next year, but a difficult economic climate, among other issues, continues to set back the date. However We Are Guahan's spokesperson Leevin Camacho says over the past three years there's been a marked increase in the amount of airspace activity over the territory.

LEEVIN CAMACHO: During one of these holiday weekends we were out and we have fighter jets flying over our tourist area. It's just not something that's really compatible or... It's kind of jarring to be at the beach and to see a bomber and fighter jets flying while you're out trying to enjoy time with your family.

Leevin Camacho says many people don't understand how big an ocean area the defence department wants to use for training and testing.

LEEVIN CAMACHO: It'll actually extend all the way to Palau, the area of ocean. So it's a pretty big swab of ocean that we're talking about, not to mention all the airspace and things like that.

It has been suggested that the military also wants to double the size of the explosives it can use but the director of Guam's military build-up office says the office is not aware of that. Mark Calvo says it is fortunate that Guam has gone through several iterations of environmental studies.

MARK CALVO: And the public has gotten a little keener on the process and comfortable with the process, as well as has seen proof that the public comment does allow concerns that are real and valid to be considered.

Mark Calvo says the decision around a new firing range is an example of such proof. He says strong public opposition to building a new small arms range near the historic village of Pagat has prompted the military to shift it to a site within the existing airforce base.

MARK CALVO: We thought that the new options being evaluated would choose again the Pagat area. We were quite surprised and pleasantly surprised that they had chosen another option.

Mark Calvo says a draft environmental impact statement on the firing range is expected to be released for public comment by March next year. But We Are Guahan's Leevin Camacho says as the Defence Department itself has acknowledged, there are drawbacks with every site. He says the navy itself has not confirmed the Northwest Field option but if it does, that location encompasses a major recovery habitat for several bird species on the verge of extinction.

LEEVIN CAMACHO: That was supposed to be the area that they were reintroduced into. So a lot of environmentalists are very upset about that alternative being used because there aren't lots of areas that you can reintroduce those species to.

Leevin Camacho says the Defence Department controls about a third of Guam and so has the flexibility to offer up comparable parcels of land as recovery habitats. But he says until it releases the environmental impact statement next year, no one will know for sure where the range will end up being built. That lack of transparency has been cited at the United Nations as a consequence of Guam's political status. A representative of Guam's Chamorro in Diaspora group told a UN decolonisation committee earlier this month that because the territory is not self-governing, it will continue to be shut out of decisions around the military build-up. Tiara Naputi also warns that re-started efforts to relocate marines from Japan to Guam risk repeating history.

TIARA NAPUTI: As once again the people of Guahan have been informed after the fact about discussions regarding the build-up that took place behind closed doors. This lack of transparency and secrecy is one of the many by-products of Guahan's precarious political status as a non self-governing territory.

But the build-up office's director Mark Calvo says the views of local people are being taken into account.

MARK CALVO: So the adjustment of numbers, the scaling down the sizes, maybe with just general observation you could attribute to the state of the economies of both governments. But we believe that folks did listen and for the most part Congress understood that the challenges of that huge move on such a short period on the small community of Guam would have significant impacts.

Mark Calvo says there is now far more comprehensive discussion between the different branches of the defence force - army, navy, marines and airforce - before one of the branches makes a unilateral decision. He says decisions are also preceded by more crosstalk between the community, the Department of Defence and the governments of Japan, the US and Guam.