A noted academic looks at the merits of the Majuro Declaration and finds it wanting. 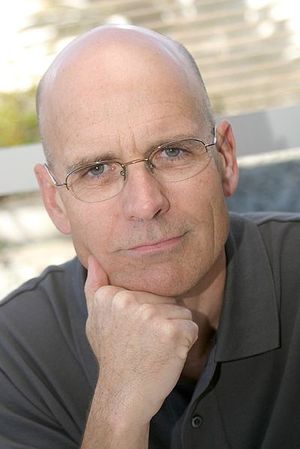 Last week amid great fanfare, the leaders of the Pacific made their Majuro Declaration on climate change.

They called for Pacific Island nations to take a lead on the issue and required each country to declare what it's doing to reduce greenhouse gas emissions in its own backyard.

The leader of the Marshall Islands hopes the declaration will help mobilise political will for a legally-binding climate change agreement by 2015.

Dr Clive Hamilton is professor of public ethics at Charles Sturt University. He has had an involvement in the climate change issue in the Pacific going back nearly 20 years and is a board member on the Australian Climate Change Authority. Through books such as Scorcher, Requiem for a Species and Running from the Storm he has tried to convince the world about the dangers posed by climate change.

In 2009 he was made a member of the Order of Australia for his contribution to the public debate on the subject. Dr Hamilton told Don Wiseman he doubts the Majuro Declaration will achieve much.

CLIVE HAMILTON: The way I read it, in some ways I think it's a step backwards. It doesn't commit Australia and New Zealand to do anything more than they're already promising to do, which is not a great deal. And one of the interesting things about the Majuro Declaration is a statement called 'Our Responsibility To Act', and it notes the responsibility of all to act, because it falls to every government, every company, every organisation and every person, in other words, it falls to no-one.

DON WISEMAN: They are saying it falls to everyone, aren't they?

CH: Yes, but by saying it's everyone's responsibility, rather than the responsibility of the big corporations that have persuaded the major emitters not to do anything too radical, you can see that it kind of lets them off the hook. I think it's important not to say that this is a responsibility to all of us, but to say no, there are particular organisations, there are particular governments that have the capacity to take action and there are certain nations and corporations which make a hugely disproportionate contribution to the problem. But by redistributing the responsibility so it falls on the shoulders of everyone it kind of falls on the shoulders of no-one. And of course the Australia and New Zealand governments love this. 'Yes, yes, yes. We think everyone should do everything'. This is a problem for all of us. It's the same kind of difficulty that you get when... And even some environment groups say climate change is a problem for all of us and we all have to do what we can. So it's shifting responsibility from those who are responsible for the problem and who have the capacity to deal with it on to everyone. If you say everyone is responsible then in a sense no-one is responsible.

DW: The New Zealand prime minister John Key says it's a practical or a pragmatic step and not about the small countries bullying the big countries.

CH: This was an extraordinary statement from Mr Key. To suggest that the small island states of the Pacific can bully China and the United States into reducing their greenhouse gas emissions, I think, in a way, on one level it's absurd, but on another it's quite revealing. Because I think what Mr Key was giving away was the fact that whilst the small island states have zero power to influence international events, they have tremendous moral power. And I think Mr Key had in mind, although he didn't spell it out that way, that the small island states can really make nations like Australia and New Zealand and particularly the bigger ones - Europe, China, the United States - feel as though they have an enormous moral burden. And that's the only sway that small island states have in in the international community - the moral clarity of their position. We are disappearing. Our cultures are going to disappear. Our people have to relocate elsewhere somewhere on the globe, because you in the big emitting countries refuse to do what you know you have to do and what the science says you have to do. If the Pacific island states pull back and don't play the moral card, if you like, then that, of course, allows the big polluters to breathe more easily.

DW: All right. So in your view the Majuro Declaration won't amount to much. Clearly the problem is getting worse and worse, so what needs to happen in your view?

CH: Well, I think the small island states in the Pacific and elsewhere, along with all poor and vulnerable countries, need to maximise the pressure and keep it up even though it's difficult and it takes resources and it's emotionally draining for those involved, I think they really have no alternative but to apply maximum pressure wherever they can internationally. But I think the truth is the world is going to continue to warm for a very long time, sea levels are going to continue to rise for a very long time, and the worst case scenarios of climate change are likely to come to fruition. I think we have to be realistic about this. The small island states really do need, over time, to make preparations. I think that's just the sad reality of it.

DW: We have countries like Tuvalu and the Marshall Islands at this meeting in Majuro, saying they were adamant they would not talk about leaving, that relocation was not on the table for them. But that's not realistic in your view, they've got to be talking about that?

CH: I think it's a very, very difficult situation for them because the truth is that's where things are heading. Even if the world did start to take serious action to reduce global greenhouse gas emissions tomorrow the world would continue to warm and sea levels would continue to rise for decades to come. That's just the reality of the science of climate change. And it seems very unlikely for those very low-lying island states that they'll be able to avoid inundation. Sorry to say that. I hate to say that. But that's just where the science is going. Now, they may not want to talk about it, but I really do think it is prudent, as one or two have, to start exploring options so that in 20, 30, 40 years time, they are not forced to do anything without good preparation. In a way, these small island states are having adaptation forced on them in a way that many other countries are going to have to have adaptation forced on them as well, it's just that they're the classic canary in the coal mine. It's very tempting to engage in wishful thinking, and there's a lot of wishful thinking in this Majuro Declaration, but I think some hard-headed thinking needs to go on, as well.

DW: There has been a lot of money set aside, supposedly, for mitigation. But the small island states can't get at it, and they're told they can't get at it because they don't have the bureaucratic infrastructure to handle it efficiently. Is that an excuse?

CH: Well, I don't think so, because we know that the small island states really do struggle with the bureaucratic capacity.

DW: Whose job is it under these circumstances, given the haste that's required to ensure they get the money somehow?

CH: Well, it's the finance and aid donors. It's a pretty well-established practise internationally for major projects, or even relatively small ones, to be accompanied with that kind of bureaucratic support. So I don't see why that could not be provided in these cases, as well. It's not enough just to say, well, because you're small and don't have enough people to provide these kind of skills to manage these projects and these funds, therefore you're not going to get it. It's a Catch 22, isn't it?    Because they are relatively poor and small nations they can't provide this kind of management support, so that management support needs to be provided along with the assistance for mitigation and adaptation.