Fiji's rugby sevens team has dedicated its Olympic victory to the people at home who are struggling amidst the country's Covid-19 health crisis.

Fiji defeated New Zealand 27-12 in the men's sevens final in Tokyo to defend the title they won in Rio five years ago.

Captain Jerry Tuwai said the win is very special for the team and all of Fiji.

Despite curfews in place in parts of Fiji, there were outdoors celebrations of the gold-medal winning performance overnight across the country.

Reporter Vinnie Wylie spoke with the Fiji Sevens Coach shortly after the win and began by asking him what his thoughts were about the match. 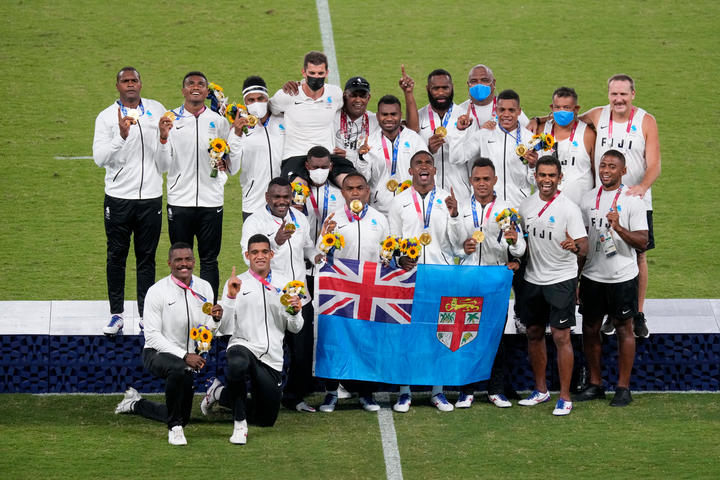