Renewed calls are being made for safe reliable shipping between the Bougainville mainland and its outer islands.

Over the weekend a banana boat, with seven people onboard, disappeared on a trip to the Bougainville outer islands.

Among those onboard was the Bougainville Health Minister, Charry Napto, his wife and son, and three others.

Only one survivor has been found so far.

The man said he swam ashore after their boat capsized in very rough seas.

The search for the missing six continues.

A community worker in Bougainville, Ursula Rakova, travels the sea route to Nissan and the other Atolls often.

She described the perils of the crossing to Don Wiseman and explained why people have been pressing for a proper shipping service. 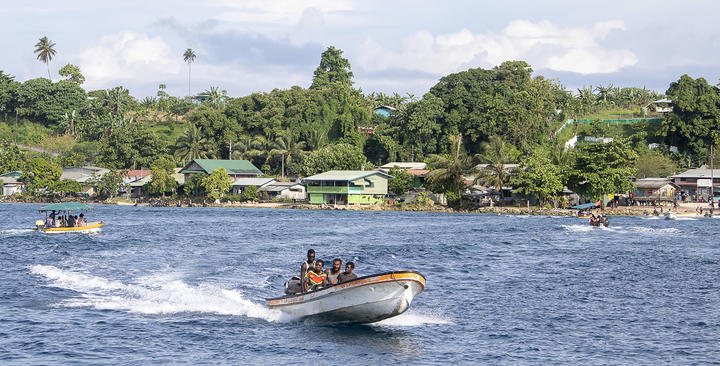 The waterways of Buka Photo: AFP