The acting Justice Minster in Tonga is not about to undo a constitutional amendment despite it being heavily criticised.

The parliament two weeks ago voted unanimously to pass Clause 89[a] amending the constitution to have judges take account of custom, tradition and culture in their court rulings.

But the move has drawn significant fire, as Don Wiseman reports: 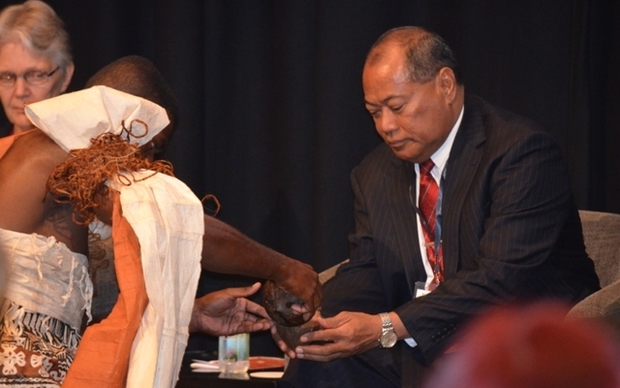 The caretaker Deputy Prime Minister of Tonga Samiu Vaipulu, is a hopeful for the post of Prime Minister, and is said to have the backing of the nobles. Photo: SPREP