Vanuatu's Deputy Prime Minister says the government is working on a new category of passport for people who previously purchased "honorary citizenship".

Foreigners who purchased honorary citizenship in recent years have been able to obtain regular Vanuatu passports.

But it's been brought to the government's attention that since they are not full Vanuatu citizens, their travel documents could be misleading at international borders. 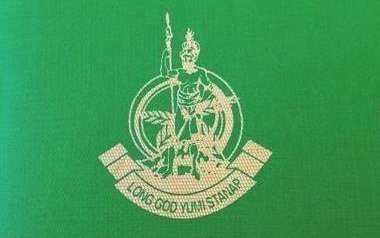 The coat of arms on the Vanuatu passport. Photo: Wikimedia Commons