In the past two years, the West Papua Liberation Army has launched a series of deadly attacks against Indonesian security forces in Papua's rugged central Highlands.

Among its various attacks, the pro-independence guerilla force also claimed responsibility for an attack on the Freeport mining company in which a New Zealander Graeme Thomas Wall was killed in March this year in Mimika regency.

Johnny Blades caught up with Jeffrey Bomanak, who claims to be the Chairman of the wider Free Papua Movement (OPM), for a chat about the merits of military action. 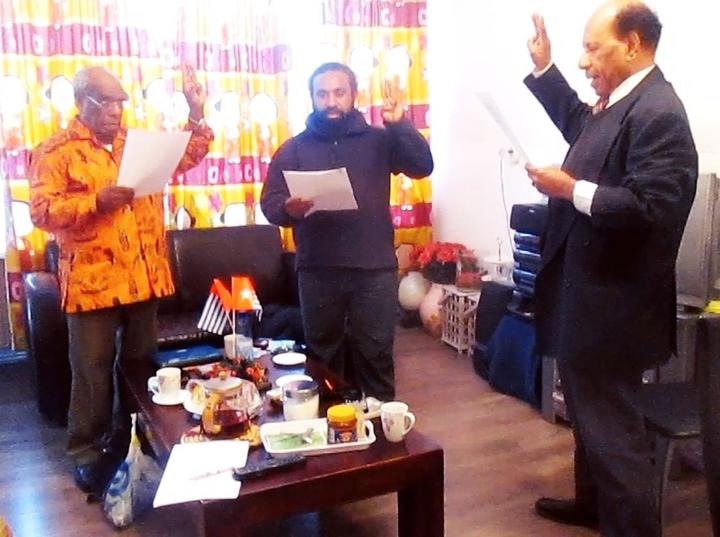 Johnny Blades: The attacks on some people like the Indonesian road construction workers... by killing people, what's that going to prove?

Jeffrey Bomanak: We know that all those workers were not civilians, they're not working for the company, but they are military from Indonesia. And that development in our region is especially close to our military base, like in Nduga and Wamena. That means they're  trying to destroy our base. So we told them to leave, but they didn't listen, so we killed them. They are military.

Johnny Blades: But what is the result of all this? Attacks on those people or Indonesian troops mean Jakarta will just send more soldiers to Papua to fight more. Violence creates more violence. Is it going to help?

Johnny Blades: What about the killing of the New Zealander near Timika a few months ago? The Freeport worker, he was killed by your group.

Jeffrey Bomanak: In human level, I really say sorry about that. But in the military perspective our stand of the Free Papua Movement and West Papua Liberation Army, we already give the warning to all the Freeport workers, because Freeport is a fundamental reason why we fight. Freeport is a fundamental problem why West Papua is still occupied  by Indonesia illegally, why Indonesia still colonises us. So we already announced to all Freeport workers to shut down the Freeport mine and then Indonesia must negotiate with Indonesia at international level. We already gave warning. I can say that our New Zealand friend died because of our bullet. But in the context of war, our military go in against the Indonesian forces. We fought with the Indonesian forces in Kuala Kencana and then sometimes workers come out and they can get bullet.