Pasifika businesses in New Zealand are bracing for a Covid-19 induced slump with cancelled bookings, smaller crowds and a general slow down in the economy.

Our reporter Sela Jane Hopgood spoke with some business owners and operators about their back up plans to try and stay afloat in these difficult times. 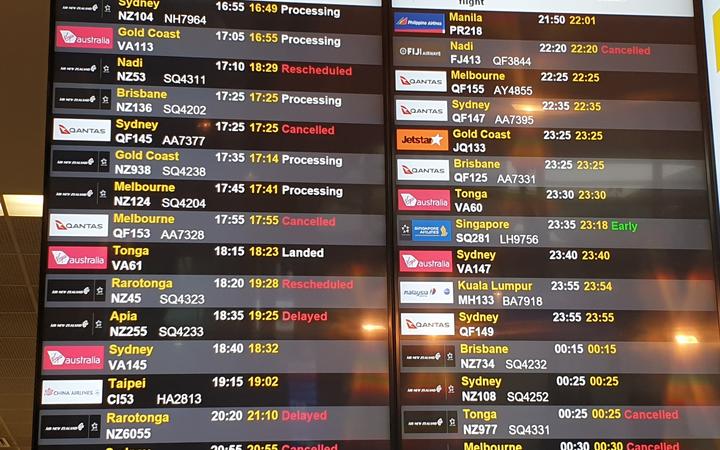 Indoor gatherings of over 100 people are banned as the government tries to combat the spread of Covid-19.

Vea Funeral Home in South Auckland is now taking action by limiting how many people are allowed in their chapel during services.

They are looking at having a maximum of 70 people at a time in a facility that can hold around 200 people.

Funeral attendant Sitani Vea says Pacific gatherings for funerals tend to be large with well over 100 people in attendance.

"We had a funeral last week and they had three services back to back and it was over 200 people that came, but it's not the same 200 that comes. It's different people that always come each night, so of course say if the coronavirus did break out, man it can spread real quickly. That's how scary it is."

Nesian Bites in West Auckland is a small catering business providing a platter and grazing table service with a Pacific twist.

"We are feeling the impact of the cancellations. Our event this weekend and a big event for us next week has all been cancelled. Yeah I'm concerned. I mean there might not be a lot of people that count on us to support their families as such, but there are still overheads that we need to pay for, so yes it does affect us as a small business." 0:18

Mrs Mose says majority of her clients are Pacific families who tend to expect large numbers of guests.

"Well the one for next week was around about 2000 people, which is a church conference, so I know that we had a couple of speakers coming from overseas for it and that's been cancelled, so yeah they're quite a big amount of people, which means we lose out on that as well."

Mrs Mose says there is a positive to the cancellations.

Co-owner Pauline Famuina says cancellations have been coming in thick and fast.

"So April it was definitely like a busy month for us and we have nothing now. We have one small booking. They still haven't come back. I thought, well there's hope there because it's only about 80 people. Oh my feeling is they probably will cancel given that people will be too scare to go out with large gatherings."

WE Accounting operates in New Zealand and Samoa and has been busier than usual with business advisory work and development.

However co-founder Wyndi Tagi says their clients, who are predominantly Māori and Pacific, are struggling because of COVID-19.

"We have got clients that sort of work in the events industry, so people aren't doing events anymore, so jobs have been cancelled. We've had clients that have forecasted out to have big sales over the next couple of months or had jobs already in progress. One of our clients is losing $100,000 just in one-month next month because of loss of jobs, you know, people are cancelling."

Co-founder Eli Tagi says COVID-19 has affected how they do business with their branch in Samoa.

"We have an office in Samoa that we operate, and we haven't been able to get over there. We were due to go there in April. We go at least every 6 weeks, but we've had to cancel our trip and you know the internet is sometimes a bit unstable and so that's the only way to communicate with our staff over there."

The New Zealand government has advised citizens against travelling overseas.

Events, where things like seat numbers, can not be tracked have also been cancelled to prevent the spread of coronavirus.