Pacific performing artists are showcasing the richness of Maori and Pacific poetry during this year's Auckland Arts Festival.

Curator Grace Taylor is helping bring to light a variety of older works by Pacific poets, and theatre director Fasitua Amosa has formed these into the show Upu, which means 'words' in Samoan.

The poems are from different perspectives and are the work of writers scattered across the Pacific - from the Marshall Islands, Guam, Hawai'i and Tonga. 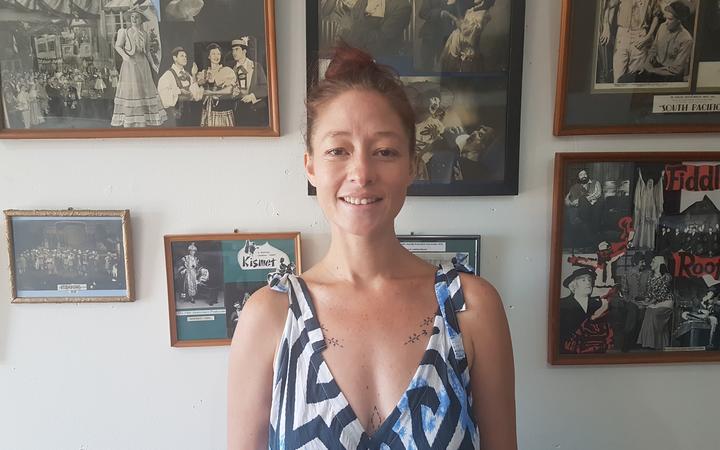 Described as a series of poetic monologues on stage, the show Upu brings the wealth and power of Pasifika literature to roaring theatrical life.

Grace Taylor says it was an emotional start to the process of creating Upu.

"Just hearing the first rehearsal like doing the read through, it's emotional for me 'cause I'm just so glad that people get to hear their work. Every single writer that we reached out to to ask for their blessing to have their work in the show, none of them say no. Everyone is excited because they want people to hear their work."

Grace Taylor is a poet and performer herself and says it has been exciting to showcase Pacific poets whom she respects.

She says in a discussion with the cast, what they discovered about the poems, are themes from the past are still relevant today.

"Some of the poems were written 20 years ago, but are still relevant to today, so we've got climate change, you've got the impact of colonisation on our islands, the revitalisation of language, family issues, identity politics, what does it mean to be a woman? What does it mean to have your language taken away from you?"

While it's Upu's Auckland Arts Festival debut, the show has been performed twice before.

Actress Gaby Solomona says each season has given her a new sense of appreciation for the poets and their work.

"What the poems talk about? Their experiences, a lot of history, talking about colonisation in the islands, a lot of things that I personally haven't learnt before like learning about it through these poems it was like, woah! This is stuff that our people have been through. We aren't aware of it. I'm not aware of it. How many more other young people are not aware of all of this?"

It was the same for director Fasitua Amosa.

Mr Amosa wants the public to be aware of Pacific poetry that have been around for more than twenty years.

"Hopefully with this poetry we get to hear from people you wouldn't necessarily hear from. With this we've gone all over the Moana like all over Oceania. Part of the kaupapa [principles and ideas] of this work anyway is to reclaim Oceania through the poetry. There's no borders here. All the borders to get these views and we get to do it from one place that we sit in, at home in Auckland, we go to the theatre, we hear and feel all these views." 0:20

Gaby Solomona says you do not have to be educated in Pacific poetry to understand and enjoy the show.

"Because it is storytelling, it is peoples' stories and people are going to find their own bits within each poem that they will relate to."

Opening night is 5th of March and it will run until 15th at Q Theatre in Auckland.