Govts being aggressive in response to Pacific measles spread - UNICEF

While measles outbreaks in the Pacific are not yet under control, governments are being aggressive in their responses to limit the virus's impact, UNICEF Pacific says.

Samoa is still seeing increasing numbers of people becoming sick with a rise to 213 suspected measles cases indicated by clinical symptoms, and 15 of those have been confirmed by laboratory testing.

A seven new cases over the past few days have been very unwell and admitted to hospital in Apia.

Most cases in Samoa are on Upolu aged under 10-years-old and people in their 20s are also coming down with the measles virus.

Pacific Representative for the children's agency, Sheldon Yett, told Jenny Meyer that the spread of measles in the Pacific is a very dynamic situation. 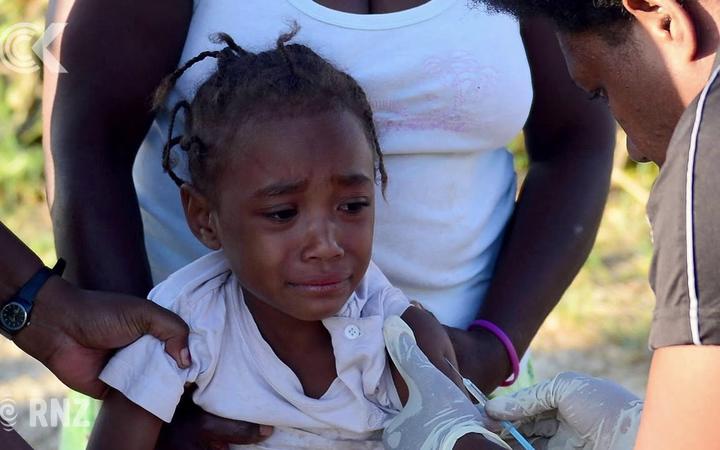