Solomon Islands has asked China to support its hosting of the 2023 Pacific Games.

Last week, the prime minister reportedly announced China had promised grant funding of more than $US50 million to help the Solomons host the event.

Clint Flood is advising the Solomons' government about hosting the Pacific Games.

He told Koroi Hawkins that Beijing is considering a proposal that it take over Taiwan's commitments, including the construction of the main stadium and other games venues. 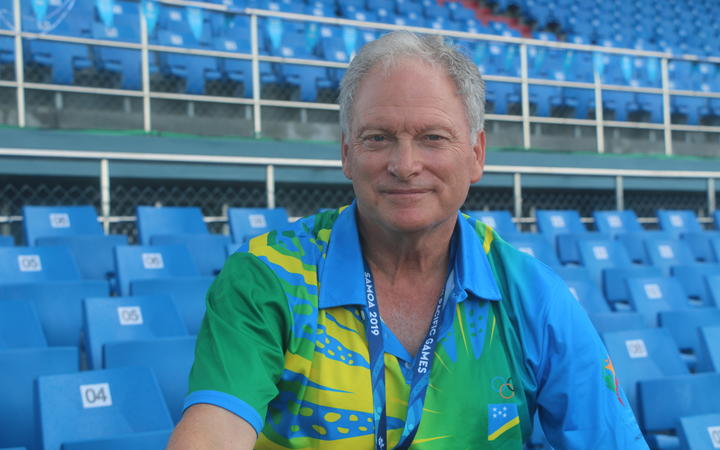 Clint Flood is a senior advisor to the 2023 Pacific Games National Hosting Authority, and was CEO of the 2017 Pacific Mini Games in Vanuatu. Photo: Vinnie Wylie/RNZ Pacific