Despite the Pacific island teams preparing to exit the competition there is no shortage of Pacific talent in the teams still at the Rugby World Cup.

Last weekend Samoa-born Japanese midfielder, Tim Lafaele, got to play what he calls a "special" match against Manu Samoa.

Lafaele had played 20 test matches prior to last weekend, including against, England, France, Ireland, the Wallabies, the Springboks and even scored two tries against the All Blacks.

But he told reporter Vinnie Wylie he was a little nervous going up against the Manu last Saturday. 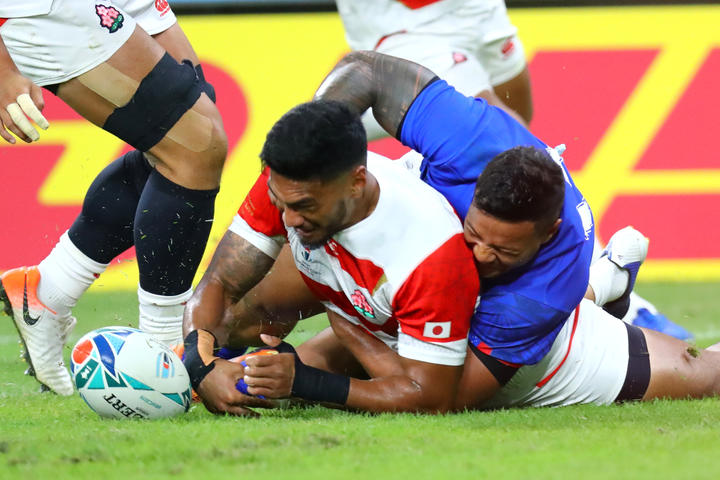 Timothy Lafaele scored the first try against his country of birth. Photo: PHOTOSPORT