On the eve of the UN climate meeting in New York, the President of Kiribati says Australia's lack of commitment to addressing the climate crisis is disappointing.

Taneti Maamau says it was clear at the Pacific Islands Forum in Tuvalu that Australia is not sympathetic to the vulnerability and plight of its neighbours. 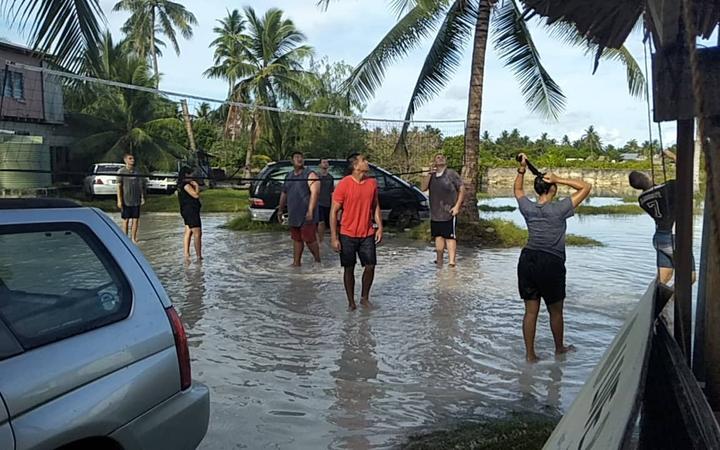 President Taneti Maamau says it was quite disappointing that the Prime Minister of Australia didn't make a clear stand on reducing coal emissions and especially the production of coal.

'Well, already we are feeling the impact. The way we see Australia as far as climate change is concerned, is they regard this as a more distant threat. While in Kiribati we are facing this every day. It is a daily experience for the people of Kiribati."

President Maamau says the shallow water lens means safe water and food availability is already an issue his population, which in turn affects health systems and education hindering the future welfare of I-Kiribati.

He says I-Kiribati people do not want their efforts in battling climate change to be a hopeless endeavour and will continue to call on their nearest neighbours as well as other nations to show support for countries like Kiribati in the fight against climate change.

At the United Nations General Assembly this week Kiribati will be hosting a joint side event along with the Marshall Islands on the climate change impacts on small atoll nations.

President Maamau says his people need him to deliver an urgent, and important message across the world in New York.

He says Kiribati will be calling for solid action from global leaders in reducing their emissions and staying committed to the global goal of temperatures to a maximum of 1.5 degrees above pre-industrial levels, as well as stressing the impacts of the crisis on the atoll state's survival.

President Maamau says with the Kiribati's people's decision to stay and adapt, the call for action is now even more critical and urgent.

Adaptation and resilience is the core priority for the low lying nations and a lot of work has been done to ensure continued prosperity and mitigating the climate impacts through sustainability efforts.

He says there have been varying positions around the globe as far as the notion of sinking or not sinking.

"And there's been a lot of comments about Kiribati in the media, especially in the international media about Kiribati sinking and I would like to emphasise that this government and the people of Kiribati have certainly agreed through consultations that we should increase the resilience or build the resilience of our people to remain in the country. So adaptation is very important."

President Maamau says he hopes Kiribati will be a developed nation in the future and wants to capitalise on existing support to build resilience and become a peaceful and prosperous nation.

He says Kiribati is currently doing all it can to face the crisis with the help of donor partners and has a 20 year policy vision, called KV20, to plan and manage disaster risks with the aim of achieving security and sustainable development in the era of the climate crisis.