Cook Islanders across New Zealand are celebrating their culture and language this week.

While the islanders are marking the annual event with songs, stories and dances, they are being urged to speak the language to keep it alive. 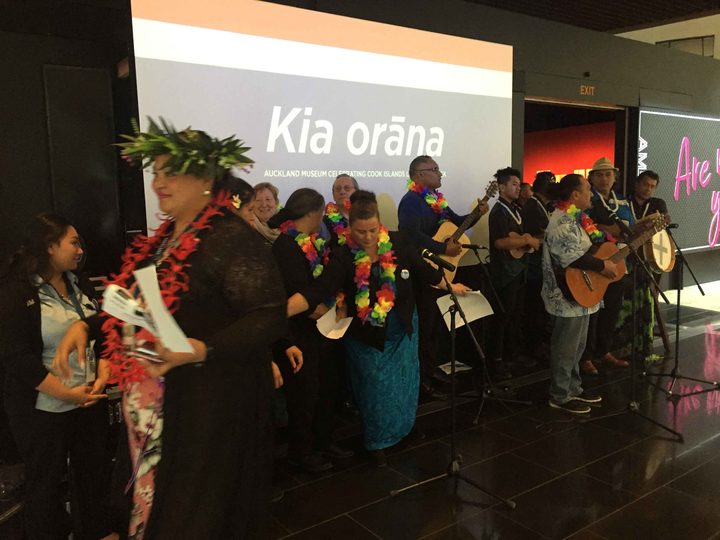 The Cook Islands is a self-governing country but New Zealand has been responsible for its defence and foreign affairs - upon consultation with the island nation.

There are 15,000-resident Cook islanders in the homeland - 75 percent of them live on the main island of Rarotonga where English is the dominant language.

Back in New Zealand, people with Cook Islands' heritage are being urged to speak the language at home with their children.

"If we believe we are a Christian nation who believes in God and that God has given us this language, then we are accountable to God to speak, teach and encourage the speaking of Te Reo Māori and ensuring that the language lives forever."

On the east coast of New Zealand more than 140 children have been celebrating the event for the first time.

Students of Kimi Ora Community School in Hastings are learning to speak, sing and dance the Cook Island way.

They even got to create an ei katu or flower garland.

A teacher aide at the school, Kavana Ioane - himself a Cook Islander - says Kimi Ora means "seek health" in Māori  and here at the school is where the children will find it.

"On Monday, we learned the national anthem - Te Atu Mou E. And the kids started learning the words for their action song that they're performing at Pasifika. On Tuesday, we got our Hawke's Bay Cook Island community in to teach the kids to dance to an action song. A lot of the kids are not of Cook Island-descent but they were happy to get into it."

Mr Ioane says that his own first trip to the homeland not so long ago was an eye-opener for him.

"They were talking to me in our language and I couldn't understand a lot of it.  I could understand some of it because it's similar to Māori and I know more Māori than my own language. Mr children are growing up and they are eager to learn the language. It's important we carry that on for our mamas and our papas that we learn the language so we can pass it on to the next generation."

She says this situation needs to change.

"We have to help ignite the torch in our children while also being the adze, the toi that shapes and moulds how it started and te reo. For those of our people who are yet to converse in te reo to fully converse in te reo. It's not too late."

The theme for this week is Taku Rama, Taau Toi: Ora Te Reo - My Torch, Your Adze: The Language Lives which means striving to maintain our language.