A Vanuatu theatre and arts company, which has spread its reach to include youth and development work around the region, has marked its 30th anniversary in Port Vila.

Wan Smolbag began in 1989 as an amateur theatre company with just over a dozen voluntary actors.

Koro Vaka'uta reports that it has now branched into other areas of entertainment and has over 800 youth registered. 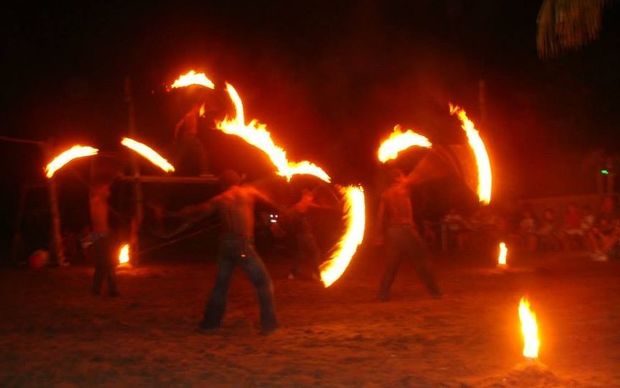 The 30-year-old company, which takes its name from bislama for one small bag, produces educational plays, films, CDs and television shows for audiences across the Pacific but has also gone on to establish health clinics, youth centres and other facilities with the assistance of donors like the New Zealand government.

The concept began with the idea that entertainment and theatre could be created through whatever was carried in a small bag.

One local youth, Jean-Pierre, says he benefits immensely from Wan Smolbag's programmes, which include circus training, sports and recreation and music alongside its theatre and film work.

"I learn many, many things at Wan Smolbag. Like cooking, computer, karate, like music and hip hop. So, I come here, my favourite class here is hip hop."

Jean-Pierre says hip hop has enabled him to travel and perform in places like New Caledonia and Solomon Islands and he dreams of going even further.

"So I come here, my group, its name is New Generation. I think [for] the future it is probably gonna take my life. Hip hop for life!"

"Hip hop can unite all youths around Port Vila or even Vanuatu to come along and unite. [It's] important to have respect and obedience because in the community they don't learn so much but here they have to have respect for the different crews."

"Get out of drugs, crime, violence. Come here and enjoy activities and enjoy the classes, the creative things. To be always positive, not negative."

Wellington Niuean Joshua Mitukelena agrees the company is having a positive impact on young ni-Vanuatu.

He travelled to Port Vila with Volunteer Services Abroad two years ago, began work at Wan Smolbag, and hasn't left.

"I love it here eh. I just love the kickbackness. The people make the place and I really love the energy and how kind everyone is here. It's awesome, really cool."

Mr Mitukelena, who is a dancer himself, says he has been able to relate to people in Vanuatu well.

"We still have that island connection. I think it is just the mentality and the culture. There's a lot of things, there is a respectfulness there I think that you sort of just understand because you grow up how to respect others, especially in a Pacific island context."

Mr Mitukelena is just one volunteer at Wan Smolbag, the company which employs over 100 people, is now the biggest local NGO in Vanuatu.