UK 'stepped back too much' from Pacific - High Commissioner

The British High Commissioner to New Zealand and Samoa says the UK stepped back too much from the Pacific in the past.

Announcing new details under the UK's renewed Pacific strategy Laura Clarke says her country also has to make up for its inaction on climate change. 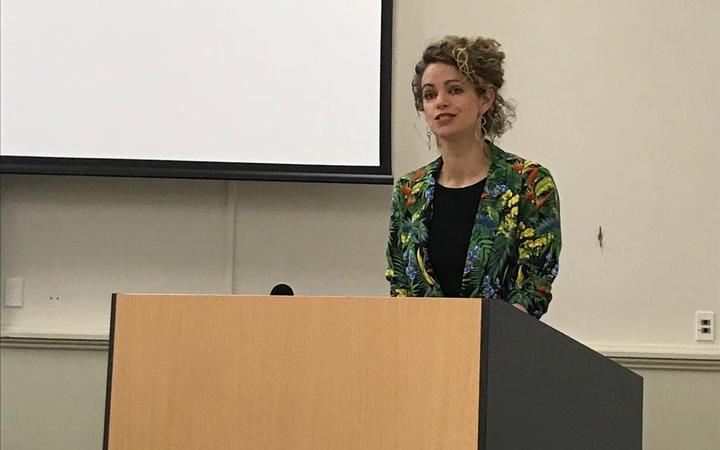 In a public talk in Auckland on Tuesday, Laura Clarke acknowledged the UK's standing in the Pacific had waned in recent years.

She says the country has had a long-standing presence in the region but scaled this down in the 2000s.

"We remained present and engaged in Fiji, PNG and the Solomon Islands, and covered other Pacific countries from non-resident accreditations - as I currently cover Samoa. But we closed our High Commissions in Vanuatu and Tonga. And quite frankly we stepped back too much from our Pacific friends and partners."

Now, under its newly-named Pacific Uplift strategy, Ms Clarke says the UK is stepping up alongside partners Australia and New Zealand.

In April last year, the British government said it would open new diplomatic posts in Vanuatu, Samoa and Tonga.

The missions, which in Tonga and Vanuatu will piggyback on New Zealand's High Comissions there, are a doubling of the UK's diplomatic presence in the Pacific.

Ms Clarke says the team in Fiji has also been doubled and the UK is undertaking consultations on further engagement in the region.

"We want to bring our power, influence and expertise to bear, and we want to work in partnership with our friends in the Pacific, on the basis of our shared values, as we all seek - urgently - to protect and preserve this beautiful world that we live in."

During her talk on Tuesday, Ms Clarke outlined priorities for the Pacific Uplift, including climate change and shared values.

She says Pacific nations are at the front lines of climate change impacts, including temperature and sea level rises, and extreme weather events.

"The UK, by contrast, led the world to wealth through fossil fuels in the Industrial Revolution, and has contributed in no small way to greenhouse gas emissions to date. So it is imperative that the UK now leads the drive in the opposite direction, in weaning ourselves off fossil fuels domestically, and in championing climate action internationally."

Laura Clarke says under the Pacific Uplift, the UK will cooperate extensively with Australia and New Zealand.

And under a new defence strategy being drafted, the UK is expected to send more ships to the Pacific in support of freedom of navigation.

The UK has also moved to reassure Pacific nations they will be able to reach preferential trade deals with it after Brexit.

Fiji and Papua New Guinea in March signed up to an agreement.