James Marape's announcement that he wants to review the laws governing the country's resources has caused some concern among investors in the sector.

But the move is popular at the grassroots level in PNG. 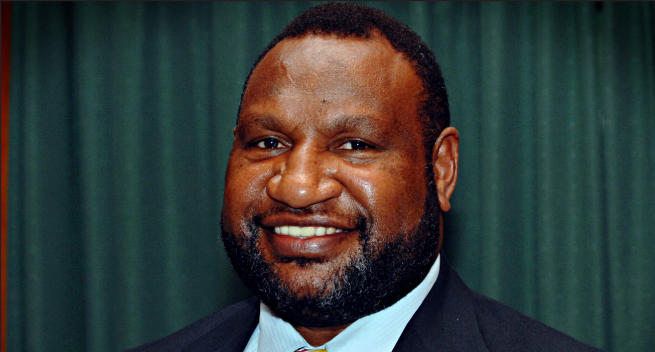 In his first state of the nation address, James Marape said PNG had not been enjoying the full benefits of the commercialisation of its abundant natural resources.

His government will review the laws governing the oil, gas, mining, fisheries and forestry sectors, which he has described as outdated.

Mr Marape showed his hand by appointing Kerenga Kua, a critic of the previous government's handling of resource projects, as PNG's Minister of Petroleum.

The prime minister said they will be looking at the resource sector "in a very big way".

"Our investors in the country and our partner investors: ExxonMobil, Oil Search, Total, Santos, Nippon Oil. They've been with us for a long time. We're now in the business of consolidating in the investment here, as well as attracting new investors into the country. But I want to pick firstly the lowest hanging fruits for my economy and my country, as well as gearing up on improving in areas of domestic market obligations, and areas of local content, and areas of greater equity participation. we are tired of being rent collectors."

In April, James Marape and other MPs resigned from the Peter O'Neill-led government after it signed with French company Total for the $US13-billion Papua LNG project in Gulf province.

Their stand has resonated with Gulf landowners who baulk at the two percent equity on offer for them.

"The agreement itself did not comply to very critical pre-conditions of the Oil and Gas Act, which is the guiding pillar for the industry. An agreement should never dictate to the pillars of the country's laws. It should only conform and comply with it."

Mr Marape's moves are being watched closely by companies deeply involved in PNG's resource sector such as energy firm Oil Search Ltd, a partner in the Papua project.

While Mr Kua and others have suggested the Project agreement could be reviewed, Oil search's chief executive Peter Botten said he didn't expect to make any significant new concessions on the deal.

Mr Botten told a mining convention in Sydney that delays to the deal could jeopardise PNG's standing in the international LNG market.

Subsequently, Mr Marape bristled at suggestions that he was trying to chase away investors.

He said he made no apologies for his aim of ensuring PNG citizens get greater benefits from the petroleum sector.

His own elecorate of Tari-Pori is in Hela province, where the country's first LNG gas Project operated by Exxonmobil and Oil Search is centred.

A magnitude 7.5 earthquake hit the region last year causing around 150 deaths and widespread devastation to infrastructure.

Although it has it share of critics, Oil Search was heavily involved in the immediate relief effort.

The man who headed PNG's response to the disaster, Bill Hamblin, says Oil Search showed itself to be a good corporate citizen in PNG.

"Certainly logistics-wise, because they flew the helicopters they used to ferry people to hospital, and food and other things in other directions - shelter, equipment and things like that. They got medical cases to the hospitals in Southern Highlands and Hela far quicker than could possibly be shipped any other way. The inputs from Oil Search were significant, and they certainly saved lives."

Meanwhile, PNG's Chamber of Mines and Petroleum says it's waiting on clarity from the new government on its policies and plans in relation to the resource industry.

But it says that stability on fiscal and regulatory regimes is important to ensure ongoing investment in the sector.