Samoan weightlifter Don Opeloge has made history after winning two gold medals at the Junior World Championships in Suva.

Competing in the men's 89kg division on Tuesday, Opeloge failed with his first two attempts in the snatch and was forced to settle for sixth place after lifting 151kg at the third time of trying.

But the 20 year old was successful with all three attempts in the clean and jerk.  Having already secured one gold medal with a lift of 193kg, he set a new personal best of 198kg with his final attempt to win the overall title by one kilogram.

President and Head Coach of the Samoa Weightlifting Federation, Jerry Wallwork, told Vinnie Wylie it's the first time Samoa has ever won a medal at a Junior or Senior World Championships. 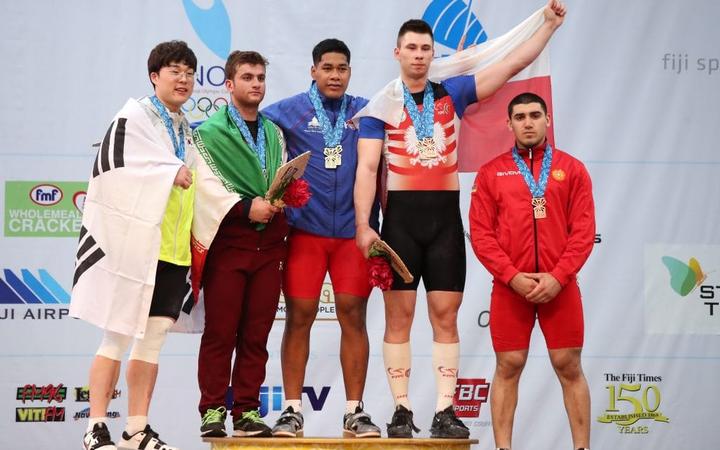