Around three hundred people on Papua New Guinea's Duke of York group are without homes after their houses were destroyed in last week's major earthquake.

But as Johnny Blades reports, East New Britain has taken the disaster in its stride. 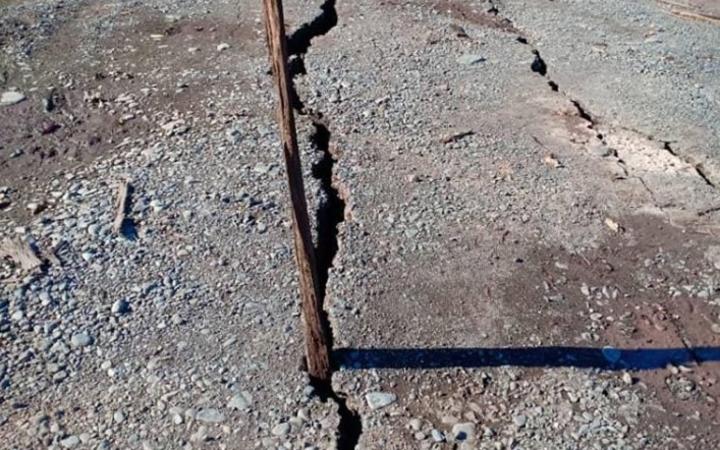 The small Duke of York group of islands near the quake's epicentre sustained the most damage.

The chair of East New Britain's disaster committee, Wilson Matava says over 50 homes collapsed on Duke of York island itself.

"There's quite a number of damage in terms of permament houses for our local people. Also damage on the island has affected three hundred people in all the fourteen affected wards."

He says they've given a report to the national government on the extent of damages, with overall cost assessments pending.

The MP for East New Britain's Gazelle district say thousands of people have had homes or gardens significantly damaged by the quake.

Jelta Wong says there were a lot of landslips and cracks in the roads.

"We probably estimate about three to four thousand people with different damages, like for some their houses went, and for some their gardens went. So we're compiling a whole list, so that we can make sure that the relief aid goes straight to them."

Mr Wong says the good news is that there were no deaths and very few injuries caused by the quake.

"We've had some infrastructure damage with houses and that, but as long as there's no loss of life, I'm comfortable with repairing those infrastructures, clearing the road and giving some relief to these people to start building their gardens up again."

Both Mr Wong and Mr Matava cite the resilience of local people in the face of natural disasters.

"One of the best things about East New Britain is people bring it upon themselves to come and say 'ok, I'm an old engineer from here, I'm retired but I know there's problems here and there. I'm willing to help you'. And this is what community development and work is all about."

East New Britain is a seismically volatile part of the world, perched on the Pacific ring of fire.

As Mr Matava points out, people in the province are used to big earthquakes, volcanic explosions and flooding.

"The people continue to rebuild their lives and move on, with assistance from the government and caring communities and villages that live in the province and outside the province."

If anything the province is more preoccupied with the impacts of widespread flooding and landslides caused by heavy rains in February and March.

A Kokopo-based accountant Leonard Tonggo, says that for much of the Gazelle Peninsular, the results of the rains, in blocking roads with debris or washing away sections of road altogether, are an ongoing problem.

East New Britain Governor Nakikus Konga says that following the flooding, the province conducted assessments, and established that $US2 million (7.8 million kina) was required for relief and rebuilding efforts.

"We went in with a proper submission. Then we took it over to the national government. I as the governor of the province had a follow-up with the prime minister. But still today we have not had any funding. It's not very helpful for us, because two months is a long time to wait." 14

With key roads in East New Britain providing economic lifeline to many of the region's farmers, Mr Matava said the road blockages had affected many people.

"We are slowly clearing most of our roads, but the roads that are washed away needs a lot of money to rebuild. It's still affecting traffic movement, especially on our north coast, and parts of Gazelle and Pomio, and the Kokopo/Rabaul road."

Mr Matava says the costs of the flooding damage from earlier in the year are being integrated into the province's new assistance requests after the major quake.