A charity helping to build homes around the region says Pacific people are facing a housing crisis which is affecting their health and their wallets.

Governments, donors and community groups are being urged to step up. 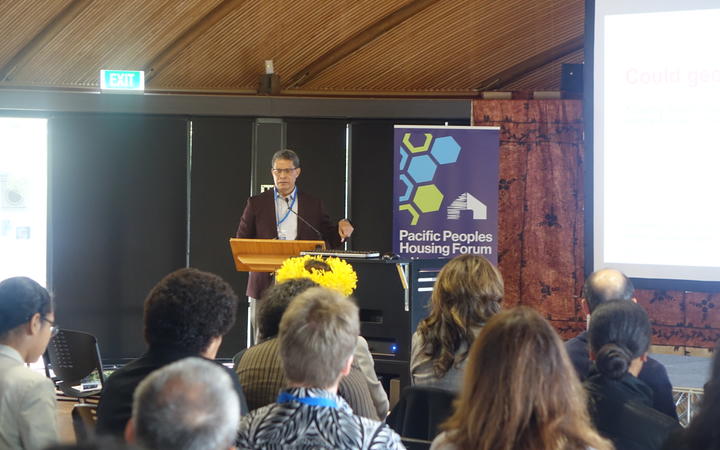 As of 31 March this year, there are 11,067 tenants on NZ's State Housing Register - an increase of 40.3 percent  compared to the same period last year.

And Pacific people make up well over a third (36 percent) of the state's housing tenants.

Habitat for Humanity gathered together leaders and members of the housing industry for the Pacific Housing Forum in Auckland last week.

"What we need to do is hold to account all the players - from all of the global donors, and those country governments - that might be accepting money from both places to say, is that the system that's going to actually deliver the best outcome for my people?"

Habitat for Humanity says more and better homes are needed for Pacific people both in New Zealand and Pacific island countries.

"We're rebuilding quite a considerable amount of that (state homes) here in Auckland, and throughout the rest of the country. And we're also looking to retrofit houses that are not suitable for rebuilding, but need to be brought up to modern standards."

He says if they can't earn, they can't send money back to the islands, so family there also suffer.

"One of my other roles as chair of Counties-Manuaku DHB, we see the end result of poor housing coming through our doors of people who are unnecessarily admitted to hospital because of poor housing conditions."

There were also calls to support initiatives which can improve climate resiliency.

Habitat for Humanity has built over 1,000 homes in Fiji, more than 500 in Samoa and New Zealand and is beginning to build in Tonga.

Its director in Fiji Masi Latianara says they're focusing on building for low-income families but it's not easy.

"Whenever we build capacity within our ranks, they can go off for higher paying jobs with commercial companies. Housing is so expensive in Fiji and especially for the families that we serve. The income bracket that we serve. People can't afford to build the way that they're supposed to build in within those technologies."

Mr Latianara says they hope to work with the government and building authorities to find more accessible and affordable building technology.

The minister for ethnic communities and building and construction Jenny Salesa says the government is considering rent-to-buy as an option for Pacific people.

But she says the government cannot tackle this on its own and will work with industry stakeholders.

"We will look at the procurement practices and the procurement that government has, which is between 40 to $41 billion per year, and ensure that we're looking at better management of the pipeline of work that comes through from government."

More plans for action as a result of the discussions are expected to be out this week.