Programme aims to equip Cooks with tools to deter terrorism

Ports authority staff in the Cook Islands have taken part in a training programme to identify and protect against international marine terrorism.

The programme, which was facilitated by Maritime New Zealand, US Customs and Port Marlborough, is part of the International Ship and Port Facility Security Code or ISPS for short which aims to enhance marine security globally. 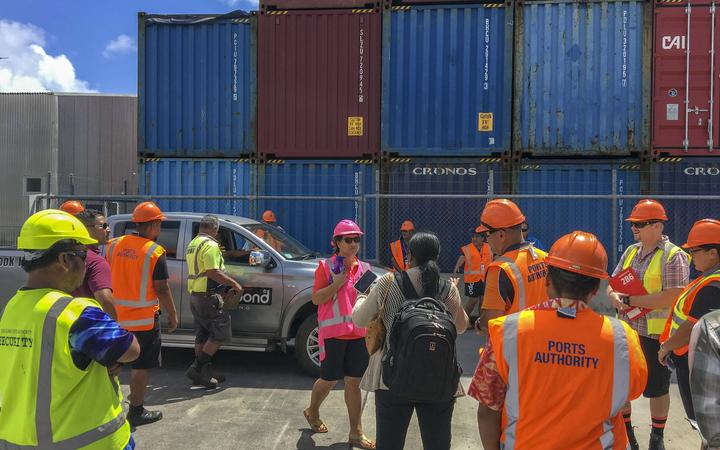 NATASHA HALLETT: So the International Maritime Organisation adopted the International Ship and Port Facility Security Code (ISPS Code). This code has been brought about the enhance maritime security and the establishment of an international framework. So this framework helps build a capacity and capability against maritime terrorism through having a security regime that deters terrorist activity.

TIM GLASGOW: What does the training for that look like? What sort of skills and systems will they be wanting to put in place to deal with that threat?

NH: So the International Ship and Port Facility Security Code (ISPS Code) has seven functioning areas that it pretty ,much mandates. So there are around aspects such as information gathering activities, communications, access control, prevention of unauthorised weapons, response capability done through security assessments and planes, training, drills and exercises. So the capacity building we were doing in the Cooks is around providing them with an awareness of what that code stipulates and what their mandated requirements are. So running through that, providing both government and port authority staff the capability and understanding of what is required.

TG: What sort of things will you be teaching them to be aware of in terms of their ports being secure?

NH: So simply put, it's stopping bad things or bad people getting on board international shipping. Because it's around that international shipping space. So it's around stopping people from getting things through the port into and onto a vessel. Or in the case of the port damaging the port infrastructure. Which would then stop international trade. It all relates to back to the international maritime organisation's conventions that they've put out and in particular the ISPS code. So signatories to that convention, every country that has signed up to that has obligations as signatories. So it's not just about the Cook Islands, but everybody who has signed that convention.