More Schools in Fiji have started teaching the French language with Ratu Navula College - the first in the western division - to offer the subject to its students.

Until now only students at Suva Grammar and Marist Brothers High schools in the capital have had the opportunity to learn the language. 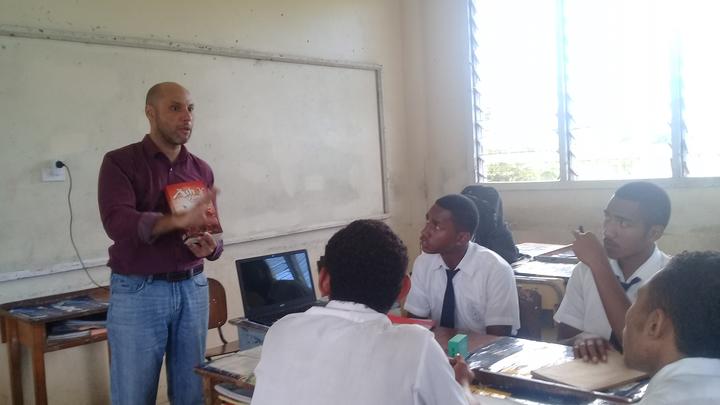 The director of Alliance Francaise in Suva, Thomas Feldstein, says Fijians learning to speak a foreign language is good for the tourism industry.

Alliance Francaise is the French government's language and cultural centre in Suva.

Mr Feldstein says this is a good opportunity for the children because there is no other foreign language taught in the Fijian school system.

"French people or French-speakers more precisely coming from New Caledonia, from Polynesia, French Polynesia of course. But also from Canada, Belgium, from other parts of the world where French is spoken. That is interesting for Fiji and the Fijian tourism industry to have people speaking French."

Mr Feldstein says about twenty Year 9 and Year 11 students are being taught by teacher Marine Plante.

Education Minister Rosy Akbar, who launched the classes at Ratu Navula, says students should take advantage and learn French, which is one of the most spoken languages in the world.

She says this will open new horizons and economic opportunities, as well as increase their chances of entering the global market.

The French ambassador to Fiji, Sujiro Seam, who also attended the launch, says he hopes more schools will include French in their curriculum.

Mr Seam says the benefits for French-speaking Fijians are great - from travelling the globe to finding a job with a multinational company anywhere in the world or securing a rugby contract with a French franchise.

"It will give them opportunities to travel the world because the closest neighbours to Fiji is actually the French territories, Wallis and Futuna on one side and New Caledonia on the other side. It will even give them some athletic opportunities because as you know, France is the number one destination for professional rugby Fiji players."

There are about 30 Fijians playing in France's Top 14 premier rugby competition.

A minute's silence was also observed during the launch of the French classes at Ratu Navula College to remember the victims of the shootings in Christchurch last month, and students from the college and others who died in a road crash in Nabou last August.