Exhibitors upset over having little to show at trade show

Some delegates at the Pacific Trade Show in Auckland at the weekend were left disappointed after their products were held by New Zealand's biosecurity service because they did not have the relevant paperwork.

The delegates are calling for better co-ordination between the exhibitors and the organisers. 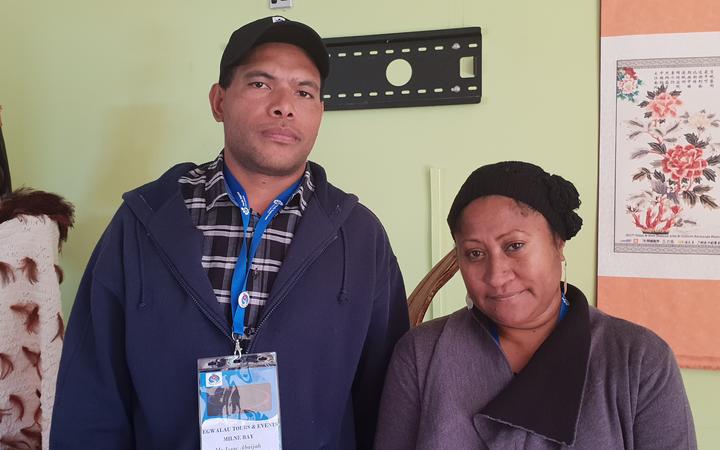 The Pacific was on display on Auckland's waterfront on Saturday - forty companies from 10 Pacific island countries took part in the one-day trade show.

But some delegates like first-time exhibitor Isaac Abaijah of Papua New Guinea had little or nothing to showcase.

Mr Abaijah says it's unfortunate products like the traditional bilum baskets by women weavers from Milne Bay could not be shown.

"We get the women from the districts to come up with their products. We try to showcase their products at this event. However due to Customs requirements, our cargo is unable to be released."

Isaac Abaijah says not knowing the full requirements of New Zealand's import laws cost them dearly in this year's event.

His colleague, Jean Callister, says they were told by officials at NZ's Ministry of Primary Industries that it would take 14 days for their products to be cleared.

"We can't really say anything or do anything because the Customs and the Immigration on our side is very different. And we followed the whole process - we saw it through. Those are things that need to be ironed out - that we must be cautioned with - before we come to another country. If you are coming to PNG and those issues are not treated, you would be in the same shoes as us."

Jean Callister says for PNG, the bilum is a highlight - and for the women weavers - the baskets are their identity.

Another first-timer at the show, Mateo Lautaimi from the Tonga Farmers Co-operative says he arrived in Auckland last Thursday evening without his produce.

Mr Lautaimi says when he arrived at the airport in Tonga, officials advised him it would not be wise to take his cargo of watermelons to Auckland on the plane.

"They stopped me at the airport in Tonga. They say it's very risky because NZ is very concerned about the fruit fly and all watermelons that come from Tonga have to fumigate. They haven't done it for any watermelon that come on planes."

Mateo Lautaimi says he's sorry people who visited his stall did not get to see the watermelons.

The organisation's trade and investment commissioner, Michael Greenslade,says they had to deal with about four companies who did not follow the process needed.

Michael Greenslade says the trade show is part of the Path to Market programme aimed at boosting employment and businesses in the islands.

"We work with all of these companies about following due process. Some people don't. And it's the nature of the beast. We just have to respond to when we know."

Michael Greenslade adds they will work with the various exhibitors to ensure they have the relevant paperwork for future events.

The Ministry of Primary Industries says the requirements are clear and available on their website.