Pacific people "belittled" by lack of consultation over voluntary euthanasia

People from New Zealand's Pacific communities have rallied at parliament against a proposal to legalise voluntary euthanasia.

A rally organiser and spokesman for the Tongan Methodist community, Lupeti Finau, told Dominic Godfrey they're disappointed at the lack of consultation. 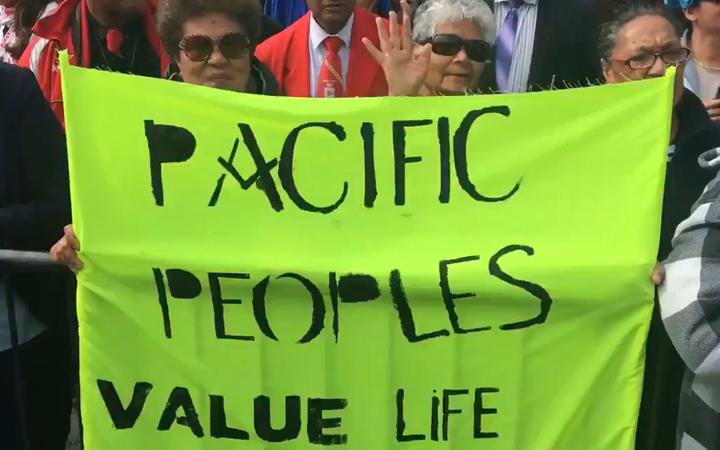 A banner at the protest against the End of Life Choice Bill. Photo: RNZ Pacific / Dominic Godfrey