A Commonwealth conference to strengthen small states' access to disaster finance and help build their resilience against external shocks is underway in Samoa this week.

The Global Biennial Conference on Small States comes on the back of the Commonwealth's first research conference on small states which is focused on disaster-risk reduction. 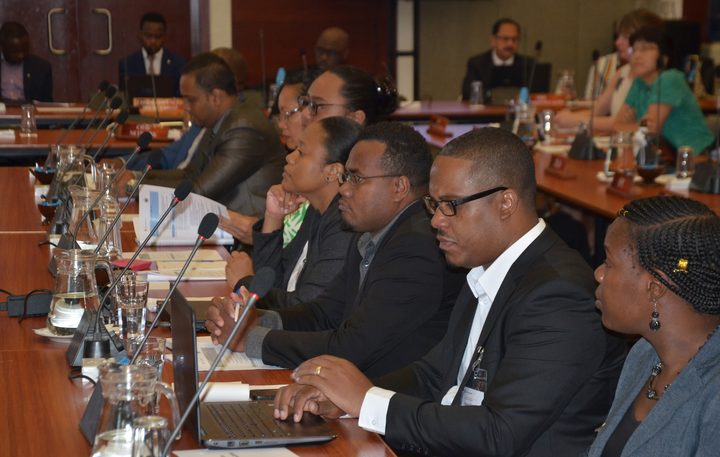 According to the Commonwealth Secretariat, 31 of the world's 39 small states are Commonwealth countries and have populations of 1.5 million people or less.

Speaking at the opening of the conference on Wednesday, Samoan Finance Minister Sili Epa Tuioti called on the small island states to realise how prone they are to disasters and to work together on how best they can recover.

Sili says being proactive allows small island states to reflect on important disaster risk-reduction concerns and to find ways to eliminate them.

This, he says, includes using systems such as the Samoa Pathway and the Sendai Framework for Disaster Risk Reduction.

"We all know disasters can happen at any time.  And it's our responsibility to be proactive in terms of our planning and preparations so that when a disaster hits, at least we are prepared."

Sili Epa Tuioti says now that the cyclone season is nearing its end, the islanders can breathe freely.

Commonwealth Secretary-General Patricia Scotland thanked Samoa for being the first country in the Pacific to host the conference.

She says working together can transform the ways in which the special needs of smaller and more vulnerable states are supported.

"Our priority is to move from agreement to action. Small islands threatened by densification share the Commonwealth advantages of a common language, common law and closely related systems of governance. These similarities enable us to work together without destruction and gets straight to the knob of issues."

Patricia Scotland says under the theme 'Building Resilience Through Disaster Risk Reduction', delegates will improve their understanding of how prone their countries are to disasters and how best to prepare.

She says delegates are being trained on how to mobilise disaster finance and manage disaster risk this week.

Delegate Travis Mitchell says the conference creates a space for development partners, academia, the private sector and other non-state actors to present innovative disaster risk reduction solutions to policy-makers and other key stakeholders in small states.

"In a matter of hours, a category 5 cyclone, for example, can almost dessecrate the country - meaning that it can literally wipe out all the country's growth domestic product in less than one day. And that means that the country has to start from zero."

He says the conference wants to address the challenges that can destroy the lives of people on small islands vulnerable to climatic events.

Travis Mitchell says the findings of the conference will guide the Commonwealth's interventions at the UN Global Platform on Disaster Risk Reduction in Geneva in May.