The Fiji Government's gift of 1.6 acres of State land in the capital to Indian Prime Minister Narendra Modi has come under scrutiny.

India's government plans to build its new high commission and residence at the Botanical Gardens in Suva.

Former civil servant Allen Lockington has started a petition to stop the project, and wants the mission relocated. 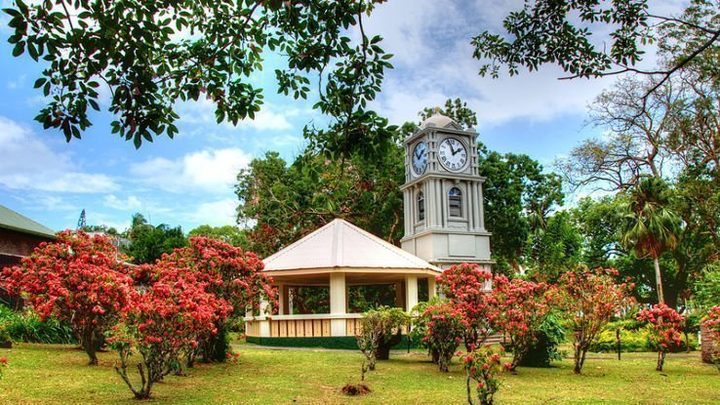 In 2014, then Foreign Affairs Minister Ratu Inoke Kubuabola told parliament that Fiji had been gifted 93 acres of prime land in Delhi worth $US50 million by the Indian government.

In return, Ratu Inoke said Fiji would gift the Indians with a piece of land (worth $700,000 US dollars) to build their new mission in Suva.

But  Allen Lockington says the construction of the new chancery will have an impact on the local people and the environment.

"Trees will be cut down. Of course, construction will encroach into Botanical Gardens and we just hope that no trees will be cut down - exotic trees. Since it's going to be a high commission, there will be high security. Will freedom of movement be easy for the people who go to the gardens?"

Mr Lockington has called on the public to sign the petition and stop the construction works.

He says the villagers are the original owners of the land and should have been consulted by the govt of its decision to gift the site to the Indians.

"Now these people were dispossessed from this area and they are staying elsewhere. But they still have a connection to that land. That is evidence by the payment an annuity, annual payment of about $15,000 a year by the government."

Mr Nawaikula says the history of the gardens, including its beauty, should be maintained at all costs.

"The garden is an environment that should be protected at all times and it's a tourism spot. And to build an embassy there will totally change the look - it becomes to being an urban structure into what is a natural environment full of tree sides.

Mr Nawaikula called on the people to voice their objections to the plan by the Indian government.

Mr Nawaikula is among thousands of locals who have signed the petition.

He says he will continue to work with the villagers of Suvavou and raise their concerns with the government.

Allen Lockington says the Fiji Museum is also situated in the gardens, and that government should have consulted officials at the gallery.

"And then on top of that, in the future the Fiji Museum will want to extend. Where will they extend?
"That's the only way they can extend is into the carpark whilst the embassy can be built somewhere else."

The Suva City Council says public objections to the re-zoning of the piece of land at the Botanical Gardens will close on February 25.