Papua New Guinea's leaders are considering different energy options as the government tackles the goal of electrifying 70 percent of the country by 2030. 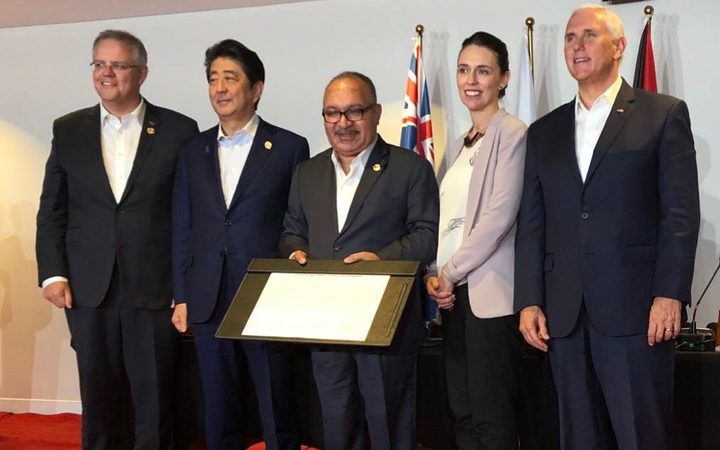 One of the quick energy options on the table for PNG is coal.

Australian company Mayur Resources has an environmental permit to mine coal in Gulf Province, and for a coal-fired power plant in Lae.

The Lae MP John Rosso says the city has to look at alternative energy sources after years of blackouts due to an unreliable electricity system running on heavy fuel oil.

"People are saying don't use coal and stuff like that but unless someone comes up with an alternative and says here's a hydro, we're building it for you, or here's a wind turbine, we're building it for you... we're quite happy to take that over coal. But I've got to think of the population of Lae, the business houses, the industries. The coal alternative, at this point in time, is probably the only plausible alternative that we can utilise to ensure we get adequate power supply."

However PNG's Energy minister Sam Basil is pushing the coal project, saying it would reduce reliance on imports and create cheaper energy.

But the prime minister Peter O'Neill, who has spoken strongly about climate change, is not seen as a clear supporter of coal.

Nogat Coal's representative Christian Lohberger, says there seems to be a disconnect within government when it comes to coal.

"The road map as to how they're going to achieve their stated aim of electrifying 70 percent of the country by 2010, it's not really clear how they're going to get there. I have had some discussions with country reps, and they have proposed that they're going to try and upgrade some of the urban networks. And they're also looking very much at solar and other renewables for the rural areas that are really unserved by energy."

Its planned 180-megawatt plant is expected to eventually increase PNG's electricity output by a third and Mr Duma described the project as a long-term, cost-effective option.

"We are estimating that the population in for instance the Highlands region, we're looking at at least four or five million or even six million in the next ten or twenty years time. Obviously these people will need energy. And of course you can't rule out the possibility of manufacturing taking place in Lae or even further up in the mountains area. We're building for the future, so that's one of the reasons why the O'Neill government made an important decisions to actually start this project."

Whatever options the government settles on, the country's main power utility PNG Power is under pressure to ensure electricity is available, reliable and affordable.

But the utility has rarely been able to meet power demands in PNG's main urban centres, with existing power plants in dire need of maintenance.

This is Johnny Blades.