The French president Emmanuel Macron has blamed monopolies as well as pay boosts for public servants for the high cost of living in French overseas territories.

Mr Macron made the comment in a public meeting with mayors from several overseas French territories to counter the so-called yellow vest protest movement which has roiled France.

But the French territories were excluded from the meeting. 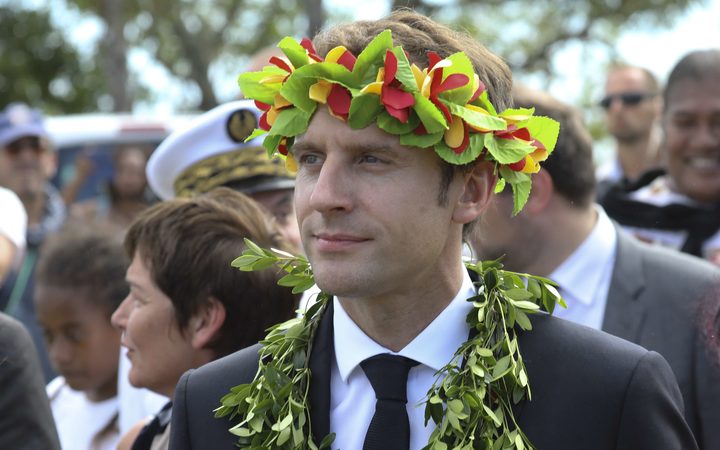 With weekly rallies challenging his authority, the French president is on the offensive, holding public meetings that are widely rebroadcast.

"We are going through - I have said it time and again before -  a very deep crisis which has been long in coming and which affects a large part of the western world."

To avoid a one-size-fits all approach, some elected politicians from France's overseas territories were invited to the Elysee Palace and given a chance to raise grievances.

French Polynesia, New Caledonia and Wallis and Futuna were told they were excluded from the meeting because they had more say over their economic policies.

That's despite public servants' pay being a big issue in the French Pacific where those on France's pay roll can earn twice that of their mainland counterparts.

The local governments say it stimulates consumption but critics say it distorts the economy by raising prices and curbing competitiveness.

The high cost of living in New Caledonia over the past decade has been the main cause of street protests there but the Elysee discussions paid more attention to the French Antilles and La Reunion which have been worst hit by the recent yellow vest protests.

Mr Macron told his audience that he held the microphone and he was therefore in charge.

But he had no quick solution, suggesting it'll take years to phase out the indexed pay system.

He said monopolies are a hallmark of the territories' economies and remoteness contribute to the high cost of living.

Mr Macron noted for example that a vehicle can cost substantially more in an overseas territory than in France, with someone pocketing the difference.

A former overseas minister Ericka Bareigts described the Elysee meeting as a communications exercise to show that the overseas territories have not been left out of the great debate.

"We've known the issues for a long time. Let me remind you that we have just come out of a year- and-a-half of broad consultations with the overseas territories after which we were told that everybody had been heard. And here we have a new debate where the mayors tell us again what they have already told us. They say there are tools but they have to be used."

Her successor in the ministry, Annick Girardin, says the fight against the high cost of living in France's overseas territories has to be a national priority.

She says a delegation on competition in the marketplace will visit each of France's territories and she wants an assessment of how the import and consumer markets work.

This is Walter Zweifel.