The state of Hawai'i wants to remove the reference to Russia in the name of a park on Kaua'i.

The park is on a site which has historical links to Russia but there's a proposal to now give it an indigenous name. 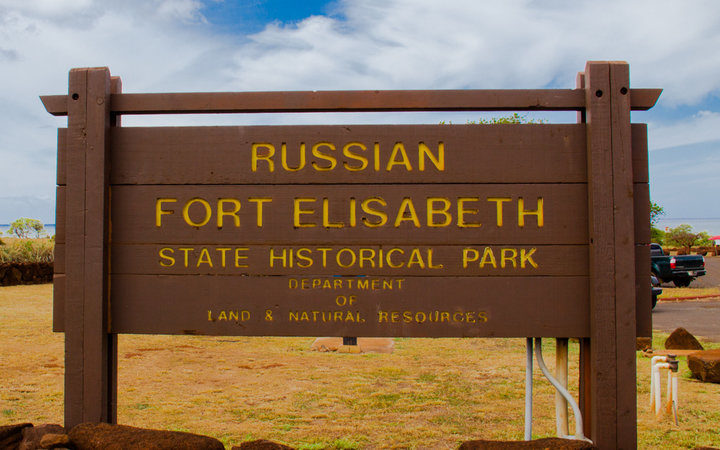 The suggestion to change the name of the Russian Fort Elizabeth State Historical Park to Paʻulaʻula o Hipo was made last year.

This was shortly after the 200th anniversary of the construction of the Russian Fort Elizabeth near the town of Waemea.

Russian televison despatched a team to mark the anniversary, showing what little is left of the fort.

A Russian trading company was involved in the construction at the behest of Kaua'i's ruler Kaumauli`i to resist King Kamehameha.

Natalie Sabelnik is the President of the Congress of Russian Americans.

"The Hawaiians did help build the fort but it was not built just by the Hawaiians for King Kaumuali'i. It was built to be the Russian fort."

An anthropology professor in Hawai'i' Peter Mills told local public radio that in his view, it wasn't the Russians' fort.

"I honestly think it was obvious in Kaumauli'i's mind his fort that he was building and he was adopting European kinds of designs to the fortification."

Of the three forts built by the Russian traders on Kaua'i 200 years ago, only the one at Waemea is left.

What is left is in a poor state, and Ms Sabelnik says it should be spruced up.

"We talked about having a visitor's centre which create more interest, would also create more income for keeping the fort up because it gets completely overgrown."

Professor Mills says the site is significant as it relates to Hawaiian history and therefore its name should be changed.

It was always Kaumuali'i's fort and I feel the name Paʻulaʻula, which shows up on 19th century documents and other documents, a much more appropriate name."

Ms Sabelnik says there could be a compromise.

"I particularly don't have a feeling either way. They can put their Paʻulaʻula in front or back as along as they leave reference that it the Russian Fort Elizabeth because that was how it was originally built."

"They are considering leaving the word Elizabeth but maybe just removing 'Russian Fort Elizabeth' which we also have an issue with only on the factor that if you leave 'Fort Elizabeth' it could be perceived it is Queen Elizabeth of England."

A petition has been launched by Russian Americans against the renaming plans, pointing out that in 1966 the park was declared a National Historical Landmark.

If or when the name may change is not known.