The President of Bougainville, John Momis, says many of the people who issued an ultimatum to his government last week are themselves facing investigation by the Papua New Guinea Fraud Squad.

The group last week threatened to shut down the autonomous Bougainville government amid accusations of wrongdoing and mismanagement by Mr Momis and some of his senior officials.

There were allegations of double dipping by Mr Momis while on overseas travel and claims of misappropriation and misuse of government funds. 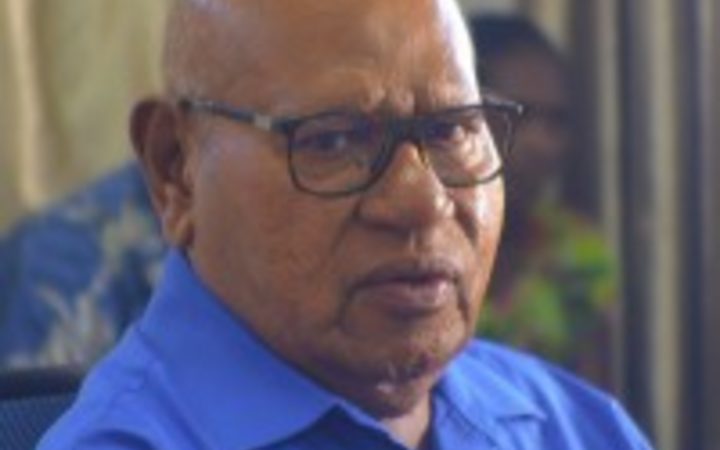 JOHN MOMIS: These so called service providers, some of whom are not implicated and some are being supported by public servants who have been dismissed from the public service for misuse of funds and now they are trumping up these false accusations against the government and government leaders, including myself and my wife. So I will be making a statement to refute the allegations which are totally not true and they have been made by people who are implicated, people who are not prepared to accept the fact that the government has a responsibility to clean up the public service.

DON WISEMAN: Well let's just look at one or two of these allegations that have been made. You have been accused of double dipping. Is that the case?

JM: That is not true. I have not double dipped. In my hospital to the Philippines I have used money I earn myself to pay for accommodation and food. While I am in the Philippines I have stayed with a friend at the time but I have been paying for the food and fuel for the vehicle to take me to the hospital. So these accusations have been done before. I will be making a statement to answer - they are totally untrue.

DW: if i could just look at another one. let's say the claim that a West Coast bridge and a lot of many has been outlaid for that and nothing has happened, and what's happened to the money. Is there are basis to that?

JM: The bridges were brought from the Philippines. The bridges are here in Arawa. They have been here for the last two years I think, so there is no misuse of government money for the bridges, money that was spent on the bridges, the bridges have been bought, they are here. Due to lack of funding from the national  government doesn't seem to have the money to transport the bridges from Arawa to the West Coast of Bougainville. With respect to the money on the medicine, the money is not spent, the money is back with the government, the government has used it to do other things, records are clear. West coast Torokina oil palm, they have been raising these things for the last four years and the Public Accounts Committee has been doing the investigation and they have found that nothing is wrong. Public servants have answered on sworn statements to answer those questions.

DW: Do you think that this group is just acting because you have brought in the Fraud Squad from Port Moresby?

JM: That is precisely so. They want to force the government to withdraw the Fraud Squad, which we will not. As part of our commitment to good governance we have to clean up the mess in the public service. We already suffer from lack of funding from the national government and yet the little bit of money we get is being eaten up by these scoundrels. A number of them have been sacked and now they are trying to take revenge, using false accusations,, defamatory, character assassination types of tactics to damage the image of the government. Some of their friends are people who are intending to stand in the next ABG elections. So it's typical of people who are desperate.