At least seven people were killed in shoot-outs and revenge killings between two tribes in Enga last week.

Although the conflict has subsided, thousands of residents have had to flee after their homes were burned down. 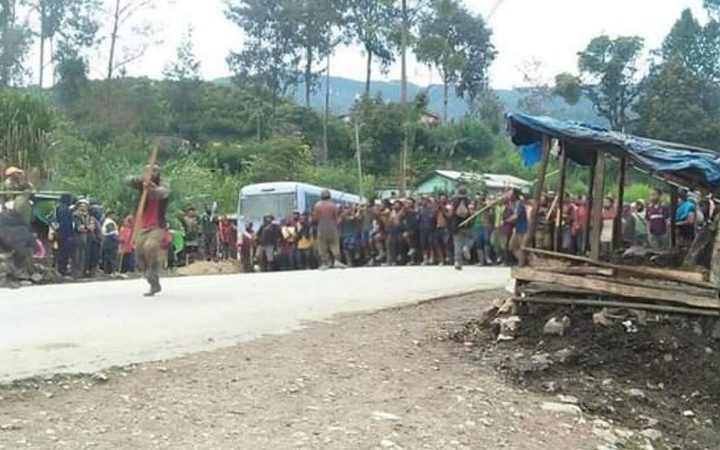 Police say the trouble started with a drunken brawl in a club near the Porgera gold mine in Enga early last week. Fighting between the Kandep and Paiela tribes sharply escalated to a shoot-out, where two people were killed. Local police commander Joseph Tondop says a retaliatory attack the same day killed two more people.

"There's just too many deaths and injuries and destruction of properties. Not only in Porgera, but it extended all the way down the highway down to Laiagam, and we had an ambush. In the ambush the next day three people died."

Mr Tondop says many more were injured, but it's too early to tell the extent of the damage because a police investigation is ongoing.

"Most of the people who are involved are actually traumatised. And later on they are not really available to give any statements. We are in the process of investigating it now."

What is known is the fighting has uprooted entire communities in Enga. Mr Tondop says around 3,000 people had their homes burned down and have been forced to flee. He says most of these people were illegal miners living near the Porgera mine in temporary settlements.

"Because there are many people involved, it's like a humanitarian crisis now. So we are in the process of getting them evacuated or repatriated back to their properties they come from."

Mr Tondop says the situation in Enga is back to normal this week, and roads are clear. No arrests have been made so far, with police waiting on the outcome of the investigation. Local media report that police are appealing to local leaders to surrender suspects.